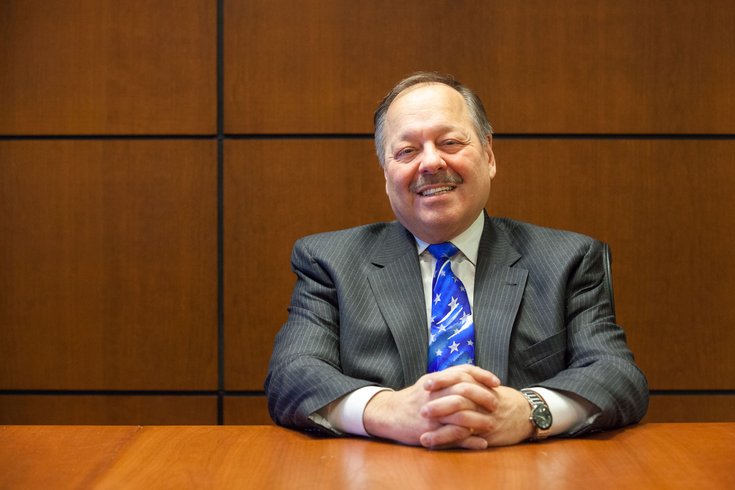 Former mayoral candidate Nelson Diaz was heavily critical of his former opponent (and eventual victor) Jim Kenney in a column for PhillyMag Tuesday.

In the column, Diaz, a former government lawyer and judge in Philadelphia's Court of Common Pleas, hones in on a number of issues he believes Kenney has failed to deliver on despite campaign promises, with the key problem being the perceived flip-flopping on stop-and-frisk procedures.

Diaz criticizes Kenney for saying the practice — which has been found by some to unfairly target African-Americans in Philadelphia – would end under his watch on the campaign trail, then trying to distinguish the difference between long-used pedestrian stops and stop-and-frisk as a major crime-fighting tool once in office.

In recent interviews, he’s attempted to insult our memory by stating that he never intended to end the fundamentally discriminatory practice completely. Regardless of the title the policy hides behind, stop-and-frisk only works to further the divide between police and the residents they are supposed to keep safe.

While campaigning against Kenney and others in the Democratic primary, Diaz was an advocate for ending the policy, saying it "is creating immense distrust and anger among the people police desperately need as allies."

Diaz also sides with critics of Kenney's proposed 3-cents-per-ounce tax on sugary drinks in an effort to fund a universal pre-kindergarten program, among other city initiatives. Like other opponents, Diaz says the tax would be regressive, falling on the shoulders of the city's poorest residents.

It’s common knowledge that people will drive a few extra miles to save even a penny on a gallon of gas, so why wouldn’t residents do the same to save on groceries? This means that less money will come in than budgeted and the poor will pay the damage again. The need for pre-K is something that we all agree on, but this tax forces low-income families to pay for programming that the entire city will be able to enjoy. During the campaign, Kenney promised he would identify revenue sources from the business community, not the poor.

Diaz, who goes on to critique diversity in Kenney's hiring practices (full column here), swears he's not bitter about losing to Kenney last May (he finished fifth among six candidates), stressing that he does not plan on running for elected office ever again and that his concerns are those of a Philadelphian, not a politician.

Kenney spokesperson Lauren Hitt begs to differ. In a statement to PhillyVoice regarding the column, she called Diaz's statement "sour grapes." Her statement:

With all respect to the former City Solicitor, I think most people recognize the op-ed is largely sour grapes. The Mayor has demonstrated a real commitment to increasing diversity in city government & ending unconstitutional ped stops – and we’ve made real significant progress in that regard. As for the sugary drink tax, this is the fairest source of revenue for these transformational education and neighborhood programs. It’s not on any essential products and it asks companies that have made money off of low-income individuals for decades to give a little back.

Diaz's column does come after a bumpy few weeks for the Kenney administration. A recap:

• Members of City Council are seemingly looking for every which way to find an alternative to his sugary drink tax, all coming up with proposals Kenney stresses won't create the necessary revenue for desired programs.

• This past week, several city reporters were quick to point out an apparent communications hiccup when, after media had previously been invited to attend the mayor's tour of Philadelphia's prisons, Kenney turned them away.

• Earlier in the month, a shakeup in the city's Office of Innovation and Technology followed a PhillyMag report suggesting Kenney's pick to lead the department, Charlie Brennan, was not being well-received by some of his employees.

Kenney's political fortunes could, however, turn around if the soda tax passes City Council. He was on "CBS This Morning" Wednesday touting the plan, the same day an op-ed in The New York Times praised the tax.