War aficionados gear up for one of East Coast's largest reenactments 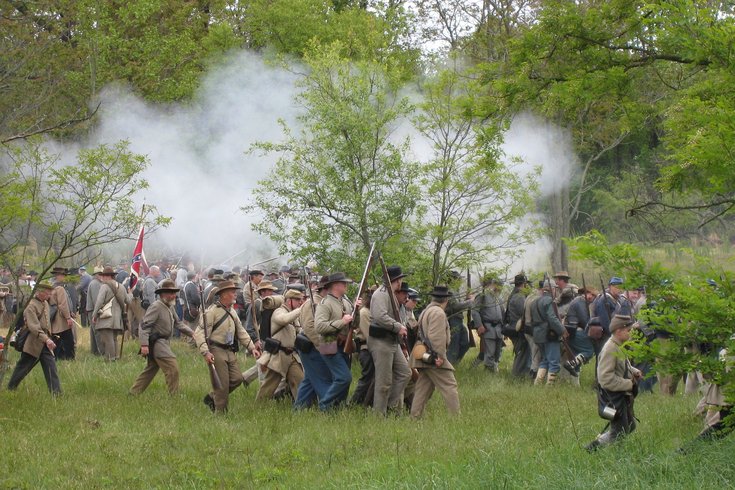 Neshaminy State Park hosts the largest Civil War re-enactment on the East Coast outside of Gettysburg.

War buffs and reenactment aficionados should head to Neshaminy State Park the weekend of April 25 and 26. There they'll find the 26th Annual Civil War Reenactment, the second largest on the East Coast (Gettysburg, naturally, takes that crown).

The two-day event will include live battle reenactments, camp life scenarios and demonstrations of what it was like to be a civilian or in the military at this time. Over 1,000 re-enactors will participate in the massive event, which is sure to be entertaining and educational.

Neshaminy State Park, the Bensalem Historical Society, the 28th Pennsylvania Historical Association, the Army of Northern Virginia Re-enacting Organization, the Delaware Valley Civil War Roundtable, The G.A.R. Museum and Library, Parx Casino and Waste Management, Inc. are all teaming up to put on the big show. Thus, the reenactment is free and open to the public, though donations are welcome and will benefit Civil War preservation efforts.