Netflix releases its Halloween and horror movie schedule, including originals 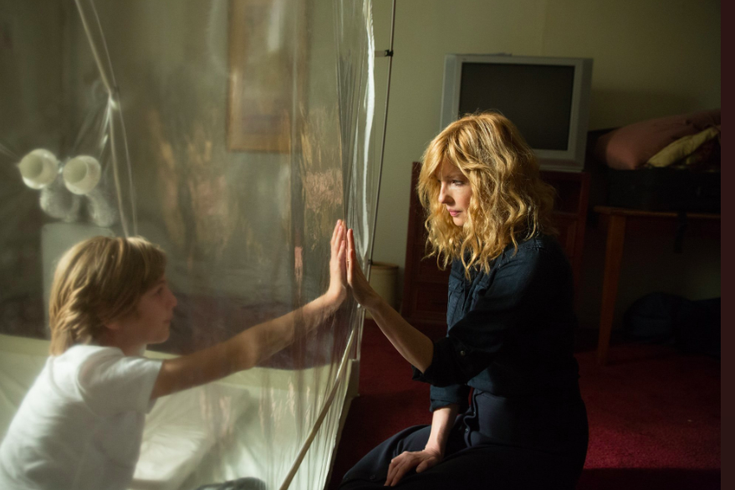 'Eli' is one of Netflix's highly-anticipated horror films, available to stream this October.

It may not even be October yet, but Netflix dropped its schedule for horror and Halloween classics, as well as its original films, on Friday the 13th. So, it may be time to transition into fall.

Between a slew of Netflix original films, horror films you probably rewatch every year, and some hidden gems, it's a good time to be a horror fan. Or a good time to avoid Netflix if you're like me and hate scary movies.

Here's a run-down of all the seasonal creepy movies that will be available, in order of when they'll be released.

When a novelist realizes her terrifying stories are coming true, she returns to her hometown to face the demons from her past that inspire her writing.

We Have Always Lived in the Castle

The Curse of Oak Island: Season 3

A Haunting at Silver Falls: The Return

In the Shadow of the Moon (Netflix original)

In 1988, Philadelphia police officer Thomas Lockhart (Boyd Holbrook), hungry to become a detective, begins tracking a serial killer who mysteriously resurfaces every nine years. But when the killer's crimes begin to defy all scientific explanation, Lock's obsession with finding the truth threatens to destroy his career, his family, and possibly his sanity.

A.M.I.
Along Came a Spider
House of the Witch
Scream 2
Sinister Circle*

In an all-new season of true-life terror, real people recount unsettling run-ins with demons, ghosts and more, as told via dramatic reenactments.

Sadie Sink, Lili Taylor & Kelly Reilly star in Eli (out Oct 18), the story of a doctor who promises experimental medical treatments can help the gravely ill Eli. But when he suddenly finds himself plagued by nightmarish experiences, Eli realizes the doc may have ulterior motives. pic.twitter.com/mXRLK5TT7f

This post-apocalyptic youth thriller is about high school after the world ends. Navigating a post-apocalyptic world full of zombies and Mad Max-style gangs, a teenage outcast searches for his lost love in this humorous drama series.