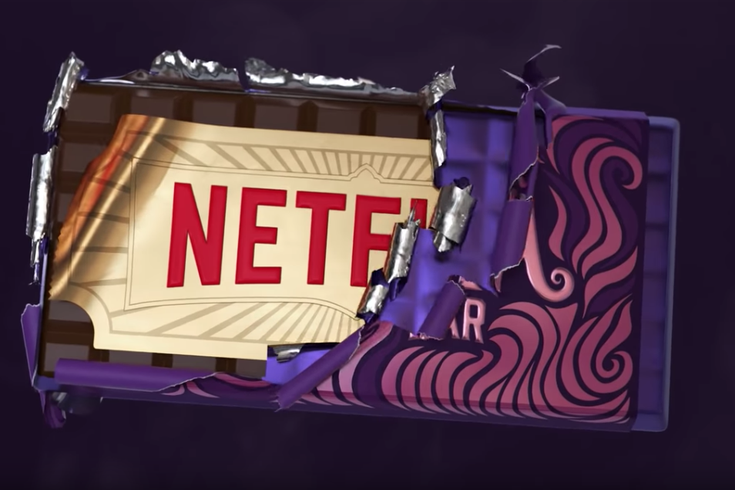 Netflix will be release an animation series based on the stories of famed author, Roald Dahl. The company has acquired the rights to 16 works, including "Matilda," "Charlie and the Chocolate Factory," "The Twits," and more.

The late author, who passed in 1990, is known for penning whimsical children's classics and has sold over 250 million books. A number of films based on his books have been released since 1971's "Willy Wonka and The Chocolate Factory." The beauty of animation is anything goes, and the company plans to use animation to tap into the story and stay as close as possible to the books.

Netflix stated in a press release that they intend "to remain faithful to the quintessential spirit and tone of Dahl while also building out an imaginative story universe that expands far beyond the pages of the books themselves."

Roald Dahl’s widow, Felicity Dahl, is excited for the new venture, stating, “Our mission, which is purposefully lofty, is for as many children as possible around the world to experience the unique magic and positive message of Roald Dahl’s stories.” She adds, “Roald would, I know, be thrilled.”

According to The Hollywood Reporter, the deal to acquire the rights was as high as nine figures and that the production budget of these animations could cost anywhere from $500 million to $1 billion.

The list is missing a few favorites, such as "Fantastic Mr. Fox," "The Witches," and "James and the Giant Peach," but it is still an extensive list - and if anything, the fact that he has so many beloved titles just shows the magic of Dahl's ability to tell a story.

While no one is attached to the series as of yet, production will begin some time in 2019.

The full list of what Netflix acquired are as follows: "Matilda," "The BFG," "The Twits," "Charlie and the Chocolate Factory," "Charlie and the Great Glass Elevator," "George’s Marvellous Medicine," "Boy – Tales of Childhood," "Going Solo," "The Enormous Crocodile," "The Giraffe and the Pelly and Me," "Henry Sugar," "Billy and the Minpins," "The Magic Finger," "Esio Trot," "Dirty Beasts," and "Rhyme Stew."