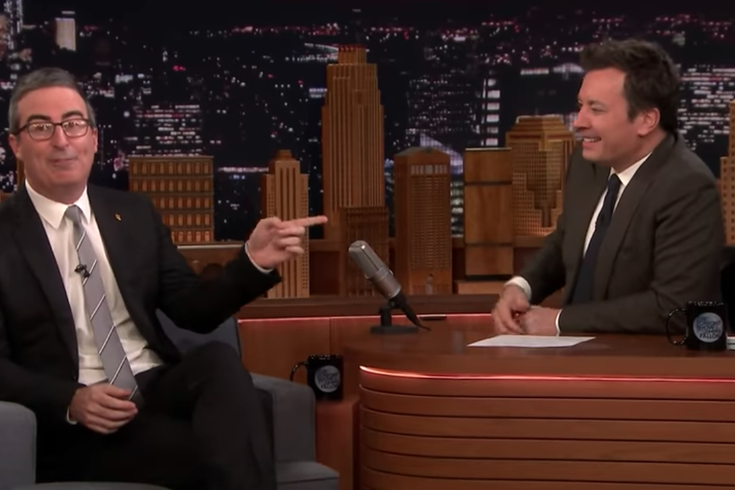 John Oliver appeared on "The Tonight Show" with Jimmy Fallon on Nov. 27.

On Tuesday night's episode of "The Tonight Show Starring Jimmy Fallon" guest and fellow late-night giant John Oliver admitted his family was not too happy with him on Thanksgiving Day.

It was on the holiday that Disney dropped the trailer to the highly-anticipated reboot of "The Lion King," in which Oliver is slated to play Zazu, King Mufasa's political adviser. (If you haven't seen the trailer yet, do you live under a rock?)

His family was taken aback that Oliver's name appeared in the credits before one of the biggest names in the cast: Beyonce Carter-Knowles, who will voice Nala.

"I was sitting with my wife's sister and her cousin and it got to the end and I thought, 'Oh that's nice.' And then her cousin said, 'Why is your name before Beyonce's? That seems pretty f***ed up.'"

"Yeah, I'm not even disagreeing with that," he laughed.

Oliver, who will be among the first acts to take the stage at the new Met Philadelphia when it opens in December, also discussed the birth of his new child, which he hadn't announced publicly, as celebs often do, causing Jimmy to call it a "secret baby."

Fallon and Oliver also discussed the potential NSFW applications of technology "The Tonight Show" used to merge the two comics' faces, as well as Oliver becoming the target of a practical joke by actor Russell Crowe.