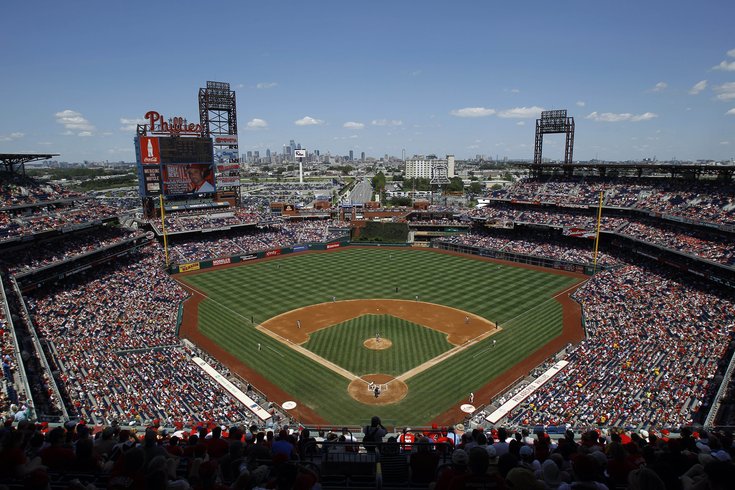 In a positive development for people on the go, NBC Sports Regional Networks and Major League Baseball Advanced Media came to an agreement that will allow regional networks to stream local market games for the 2017 MLB season. The deal includes the Phillies, Chicago Cubs and White Sox, San Francisco Giants and Oakland Athletics -- all have broadcast agreements with Comcast regional networks.

If you’re a Comcast/Xfinity subscriber in the Philly market, for example, you’ll be able to hop onto your mobile device from wherever you’re at, click into your NBC Sports app, and watch a live Phillies game. And you'll have access to the pre- and post-game shows, too.

So if you’re down the shore for a week or on a business trip out of town for a night or two, you can still watch games live (something that wasn’t possible last year, even with Comcast’s TVGO channels available within their own app).

And this does apply to Verizon subscribers, too (as long as you get Comcast SportsNet and The Comcast Network in your cable bundle).

“Subscribers can access live MLB, NBA and NHL games, as well as other sports programming, anywhere in the United States. During the 2017 MLB season, all in-market MLB games will be streamed on the respective local CSN regional network site on PCs as well as on the NBC Sports app—NBC Sports Group’s live streaming product for desktops, mobile devices, tablets and connected TVs. The NBC Sports app is available on the iTunes App Store, Google Play, Windows Store, Roku Channel Store, Apple TV and Amazon Fire.”

And now a bad pun from the same press release:

“This is a home run for our local sports fans,” said David Preschlack, President, NBC Sports Regional Networks, and NBC Sports Group Platform and Content Strategy. “We are constantly looking for ways to better serve our fans and provide comprehensive coverage of their favorite teams. With the addition of MLB in-market streaming rights, they don’t have to miss a pitch.”

The reality is this is a win for baseball fans (that spend a lot of money on their cable bills). And for beat writers, too.

I had the MLB.tv app last year, for example, and I could access any major league game I wanted on my iPad while working inside the Citizens Bank Park press box on any given night … except for the Phillies game. It sounds strange to want to watch a game you’re at, but it’s helpful to have a screen right in front of you to see things closer (plus replays, broadcasters’ takes, etc).

The good folks at MLBAM and NBC Universal have fixed this issue. Thanks, guys.