Pony found with its hooves tied, 'unable to walk' at Delaware equestrian park 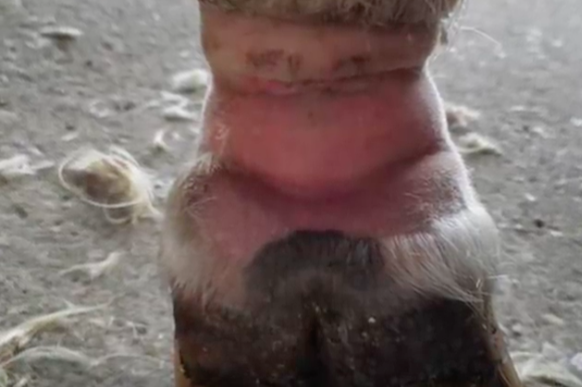 A lesson pony at New Castle County's Carousel Park & Equestrian Center was found with her hooves tied together, leaving her unable to walk. Authorities in Delaware are searching for the person responsible.

New Castle County police are investigating the abuse of a pony that was found tied up and unable to walk at the Carousel Park & Equestrian Center.

A park staffer found one of their lesson ponies, Cierra, unable to move in a field earlier this week, county officials said in a Facebook post Friday.

An examination of the pony revealed that her ankles had been tied by cords, nearly cutting the blood supply to her hooves.

"If that wasn't recognized, then that lameness could have become permanent. It could even result in her death,"   Equestrian Director Mary Devine said in a video attached to the post.

A similar incident occurred several months ago, when another pony at the park was targeted, officials said.

"This is a cruel, willful and intentional act and we are shocked someone would try to hurt one of our beloved animals," county officials wrote.

Officials released a dark, grainy video of an individual that police believe may be linked to the incident.

The park posted a second video from outside a barn showing an individual thought to be responsible.

Anyone with information is asked to contact New Castle County Police Officer Dave Christopher at (302) 995-7610.