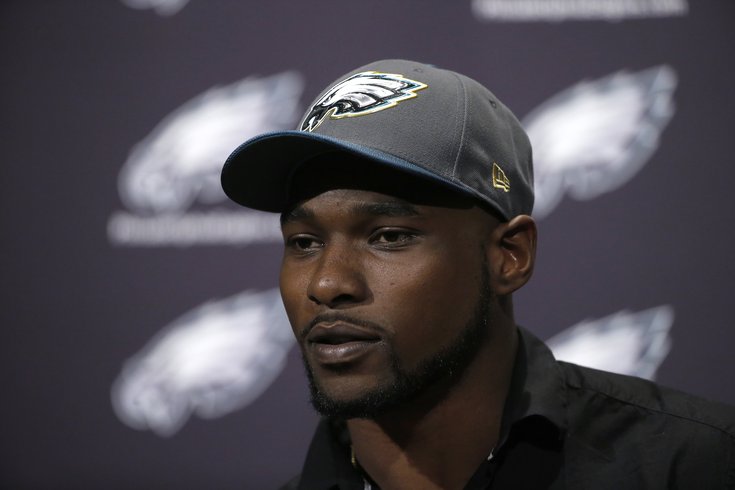 During his introductory press conference on Friday afternoon, linebacker Nigel Bradham was pretty clear on why he decided to sign with the Philadelphia Eagles.

"Definitely the scheme -- Jim Schwartz's scheme," Bradham told reporters at the NovaCare Complex. "I feel like it fits my style of play very well, being an aggressive, attacking linebacker. Pretty much just knowing his scheme and playing football to my best ability, he pretty much just let me play free and be aggressive as a player. Going to be able to do a lot of things in this defense."

Bradham is familiar with Schwartz because -- like defensive backs Leodis McKelvin and Ron Brooks -- the 26-year-old linebacker played under the Eagles new defensive coordinator in 2014 as members of the Buffalo Bills. And not only was that unit one of the best in the NFL, but it also allowed Bradham to have far and away his most productive NFL season to date.

Now that the two are reunited in Philly, Bradham expects to again thrive in a system he believes is perfectly suited to his talents. When asked, the Florida State product said he could play on both the strong side and the weak side, and that he has no problem covering tight ends, something he did often -- according to him, "a majority of the time" -- in Buffalo.

As you can see, Bradham had over 100 tackles during that 2014 season, twice as many as he did in any other season. And while he partially credits that to Schwartz's scheme, he also acknowledged that injuries played a role in keeping his tackle number down in other seasons.

"Some people thought my stats dropped off [last season], but at the same time, I was injured," Bradham said. "So I wasn't playing, I wasn't on the field so obviously my stats wouldn't be the same. But honestly, as a player, I feel like his scheme fits me perfectly. I feel like I can go out there and get just as many tackles again in that same scheme."

With Kiko Alonso (and DeMeco Ryans) gone, there's an opening in the middle of the Eagles defense where Bradham can make an impact. Being that they both played together in Buffalo, Bradham was asked about his time with Alonso and compared himself to his former teammate.

"We're both great players, tremendous athletes. But for me, my style is a little different. I'm a little more aggressive," he said. "I feel like I'm a lot more aggressive as a linebacker and a defensive player. And my coverage ability is pretty good. So it's pretty much one of those things where this scheme utilizes all that. My blitzing ability also; I was able to get sacks and everything.

"So this scheme, for me, is just complete for my style of play. I feel like my style of play will fit this city pretty well, with the toughness, my mentality, working hard, everything like that. This scheme is just perfect for me as a player and that was why I wanted to come here."

And it wasn't like Bradham's only option was the Eagles. There were at least three other teams showing interest.

"I had [offers from] Cleveland; the Bills were in the mix but then they dropped out; and I had a couple other teams, like the Rams. But none of that matters now. I'm an Eagle."