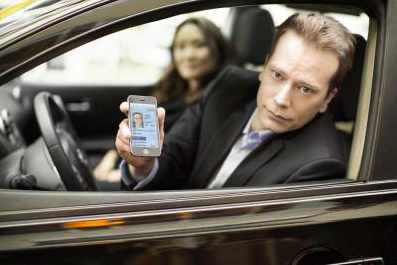 Earlier this month, the U.S. Department of Homeland Security provided the state of New Jersey with a nine-month extension to update its driver's license requirements in compliance with the federal Real ID Act, a post-9/11 measure passed in 2005 to enhance security, authentication and issuance procedures for state identification cards.

Prior to the extension, residents of New Jersey and eight other states potentially faced losing access to certain federal buildings and even airports without a U.S. Passport.

Several lawmakers in the New Jersey Assembly are now advocating for a move to digital driver's licenses, a plan they say would save residents money and improve safety for law enforcement officers, according to Newsworks.

A bill currently under review would direct the state's Motor Vehicle Commission to conduct a feasibility study of the benefits, costs and technical aspects of a transition to digital driver's licenses, which would be accessible and open to status modifications through a smartphone application.

New Jersey would become the second state in the U.S. to experiment with electronic licenses (MDL) after Iowa began testing a mobile driver's license (MDL) developed by biometrics firm MorphoTrust, which already operates in the Garden State. In Iowa, 100 members of the state's Department of Transportation opted into the 90-day pilot through an iOS application requiring strict identity verification to load the MDL.

In addition to cutting down on the steep penalties New Jerseyans pay for driving without a license, MDL advocates argue that the switch would enable instant updates to a driver's address and other data such as organ donor status. State officials could also potentially send out alerts about weather emergencies and urgent notices, while police officers could wirelessly pull up a driver's identification without having to leave their patrol cars.

Critics of electronic licenses worry that the technology will compromise security and privacy, among other civil liberties, opening up the door to fraud and other forms of abuse. Supporters counter that every license would be encrypted and viewable only after entering a PIN.

In Iowa, the next step will be to expand the pilot program to citizens to collect additional on test cases and other types of transactions, such as the purchase of alcohol or tobacco products. In New Jersey, the bill for the MVC study will be submitted to the full Assembly Monday and, if passed, will reach Governor Chris Christie's desk in the coming months.

In the meantime, thanks to the DHS extension, New Jersey residents will not face any federal entry restrictions until October 10, at which point the state must be in full compliance with the Real ID Act.