Entire 1957 diner car in New Jersey for sale on eBay, if you can move it soon 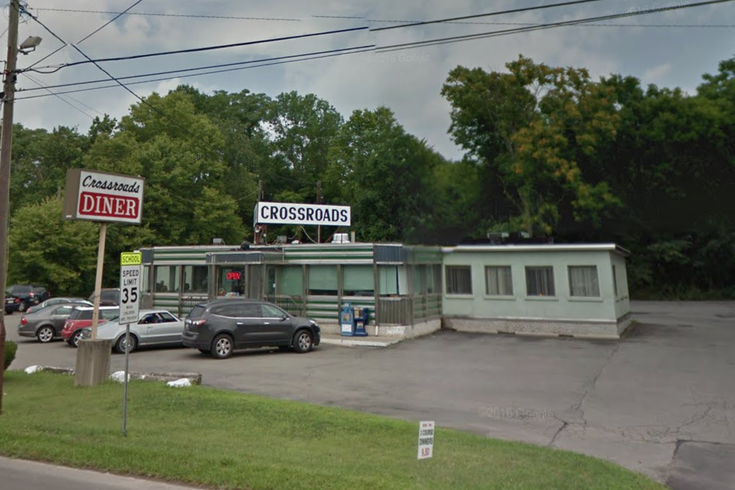 An entire throwback New Jersey diner car from 1957 is up for sale on eBay, and if you can move it from its current premises, it could be yours.

The former Crossroads Diner in Kearny, New Jersey, was built in 1957 by a briefly-operated dining car company, according to the eBay listing.

(The lister believes the diner might be the only one the Campora Dining Car Company ever actually built.)

The diner itself was in operation less than a year ago before closing up shop on July 1, 2018.

Sad news. The beauty you see before you, The Crossroads Diner, closed today. The diner, perhaps the only one built during the brief life of the Campora Dining Car Co., has been on this site in Belvidere, New Jersey, since 1956. The Zikas family is retiring after 40 years at the helm of this beloved diner at the “Gateway to the Poconos.” I’m grateful I was able to shoot these photos during a recent trip down bucolic Route 46. Now we go from the sad to the potentially tragic. Multiple comments on the diner’s Facebook page (and elsewhere) indicate a Dunkin’ Donuts will take over the site, and that the diner will be demolished. I was not able to confirm this information, and hold out hope that a plan will emerge to save this very special place. #retrologist

The diner car measures 50 feet long and 16 feet wide, and seats between 48 and 50 diners at a time. It has the classic counter and stools, booths, and plenty of Formica.

“Despite its age of 62 years, the exterior exhibits no major damage to the stainless steel panels and trim,” the listing reads. “The interior has been well maintained and is phenomenally well preserved with original Formica ceilings & counter/table surfaces and terrazzo floors/counter footrest. The steel frame undercarriage exhibits very little or no corrosion.”

As of Thursday afternoon, the bid for the diner was a reasonable $26,076.00. The diner is listed “as is, where is”, meaning the next owner will have to come pick it up, as it were. The diner needs to be removed from its current location “ASAP”, which is a unique ask, but hey, you’re buying a diner.