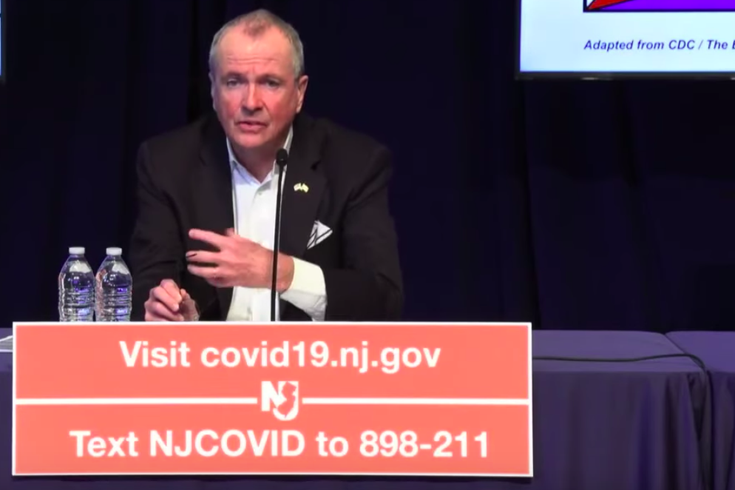 New Jersey Gov. Phil Murphy said his state will 'fight to save every single life' during the coronavirus pandemic. The comment came the day after President Donald Trump hinted at reopening the economy and resuming normalcy across the U.S. by Easter.

New Jersey will not risk exposing more individuals to the coronavirus at the expense of reopening the state's economy and lessening its stringent social-distancing guidelines, Gov. Phil Murphy said during his daily briefing on Wednesday.

"We completely and utterly reject small pockets that are suggesting around the country that certain persons are expendable," Murphy said. "The fact of the matter is everyone is indispensable. We will fight to save every single life. We will leave nothing on the battlefield in that effort. There is no cost that is too high to save any one precious life."

While mentioning no one by name, Murphy's rebuttal comes as President Donald Trump has said that he wants to reopen the economy and resume normalcy across the country in the coming weeks, hopefully by Easter Sunday on April 12.

Trump has shared his position over the last several days both on Twitter and in a town hall event with FOX News, reiterating that "the cure cannot be worse than the problem." It is a point that has been echoed by others, including conservative commentator Glenn Beck and Texas Lt. Gov. Dan Patrick.

Murphy is one of many across the country who have criticized the president's suggestion of lifting restrictions on business and removing social distancing guidelines sooner rather than later, saying that economic success should not be prioritized over human lives.

"Let's all remember that we are America," Murphy continued. "We're the country that never leaves the fallen soldier injured or killed on the battlefield. We always go back, including putting lives at risk, to get that fallen soldier. That is America. That is what we stand for. That is our value system, and that is New Jersey. We will fight to save every single life, and there is no cost too high associated with that."

Murphy took to Twitter on Wednesday afternoon to reinforce his stance.

We’re going to do everything we can.

We will leave no stone unturned.

We will remain on the battlefield to the last second to make sure that we save as many lives as we can and prevent as many people from getting sick as we can.

Some have suggested that lives are expendable. Let me be clear: We will fight to save EVERY SINGLE LIFE and we will leave no one behind in this fight.

That is America. That is what we stand for. That is our value system. pic.twitter.com/jLb6GZY84N

"While doing so may help some businesses stay afloat, the cost in lives and the cost to society will be far greater," Kenney said.

Murphy issued a stay-at-home order for all New Jersey residents and banned all private and public gatherings of any size this past Saturday in order to further mitigate the spread of COVID-19 across the state. He also ordered all businesses deemed non-essential by the state to shut down.

In order to enforce its social distancing guidelines, the state has threatened to use legal measures to crack down on those who violate the stay-at-home order, keep their non-essential businesses open, or who continue to have both private and public gatherings.

New Jersey has confirmed 4,402 COVID-19 cases, the second-most of any state, and 62 people with virus had died as of Wednesday afternoon. The majority of them are in North Jersey – not far from New York City, the epicenter of the United States' coronavirus outbreak.

South Jersey has 149 confirmed cases of the coronavirus, as of Wednesday afternoon. Camden County has 61 cases, Burlington County has 48 and Gloucester County has 23. Atlantic, Cape May, Cumberland and Salem counties have 17 combined cases.