New Jersey's trans inmates to be housed by gender identity, not assigned sex 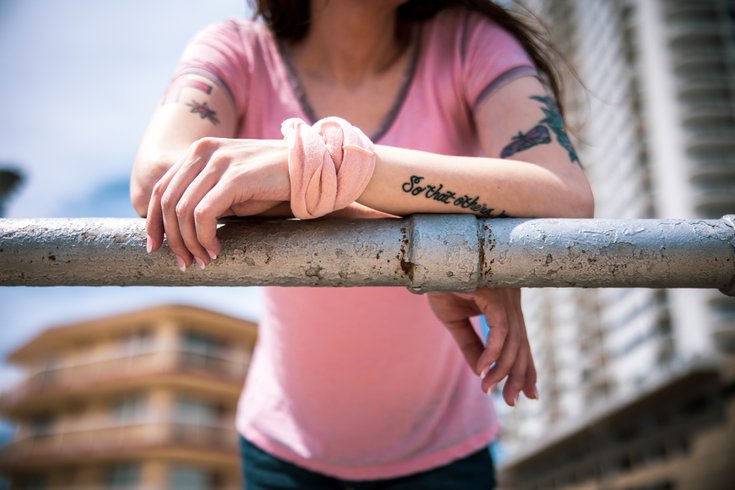 The New Jersey Department of Corrections has agreed to house transgender inmates by their gender identities, not the sex assigned they were assigned at birth. This follows the settlement of a lawsuit field by a transgender woman who spent more than a year incarcerated in a men's prison.

State prisons in New Jersey will begin housing inmates by their gender identities, not the sex they were assigned at birth, after the department of corrections settled a lawsuit with a transgender woman who says she was forced to live for a year and a half in men's prisons and was the target of discrimination and abuse.

The system-wide policy and other changes, including better medical and mental health care for transgender, intersex and non-binary inmates, were announced earlier this week in a statement from the ACLU of New Jersey.

Sonia Doe, whose real name is withheld in court documents, sued the New Jersey Department of Corrections in 2019 after she says she was housed in four different men's prisons upon entering the system in 2018, despite "her stated and well-documented gender identity" as a woman. In the lawsuit, attorneys for Doe say her placement in the men's prisons made her "fear for her safety" and exacerbated feelings of gender dysphoria. Court documents also describe incidents in which Doe allegedly was harassed and assaulted by corrections officers.

Doe was moved to Edna Mahan Correctional Facility for Women weeks after filing the suit, according to the ACLU. Under the settlement, the NJDOC will pay Doe $125,000 in damages as well as $45,000 in attorneys' fees.

"When I was forced to live in men's prisons, I was terrified I wouldn’t make it out alive. Those memories still haunt me," Doe said in a statement alongside the news of the settlement. "Though I still have nightmares about that time, it’s a relief to know that as a result of my experience, the NJDOC has adopted substantial policy changes so no person should be subjected to the horrors I survived."

As part of the settlement, the NJDOC will require that staff use inmates' preferred pronouns and provide "gender-affirming care ... as medically appropriate." This makes New Jersey one of only a handful of states, including California and Massachusetts, to implement policies on housing and providing medical care to transgender inmates, according to NJ.com.

"While we know trans, intersex and non-binary people still face extraordinary risk of harm, it is our hope that this policy will shepherd in a new era in New Jersey prisons of protecting and affirming transgender, intersex, and non-binary people’s lives," said attorney Robyn Gigl of Gluck Walrath LLP, who represented Doe with the ACLU-NJ.

The NJDOC's settlement with Doe comes after Corrections Commissioner Marcus Hicks resigned in the wake of a state report that found guards at Edna Mahan Correctional Facility in North Jersey used excessive force and then filed false reports related to a series of violent cell extractions in January, according to NJ.com. The state's report also led Gov. Phil Murphy to announce his intentions to close the prison, New Jersey's only facility just for women.

A report by NJ.com says multiple transgender inmates were transferred to Edna Mahan while Doe's suit was pending.

"This settlement comes at a time of heightened scrutiny of New Jersey’s prison system, and the state needs to commit fully to ensuring the dignity, health and safety of people in their custody," said Jeanne LoCicero, ACLU-NJ Legal Director, in a statement.

"This policy is a start and addresses the needs of some of the most vulnerable people in state prisons. Communities across the state are paying attention to this moment in NJDOC’s history, and in partnership with them, we will continue working to reduce the number of people in prisons and jail, and advocating for the human rights of those who are incarcerated."

Doe is no longer incarcerated, according to the Inquirer, which said her attorneys declined specifying when she was released "in order to preserve her anonymity."