The GOP bill would have stopped colleges, venues and businesses from verifying people's vaccination statuses 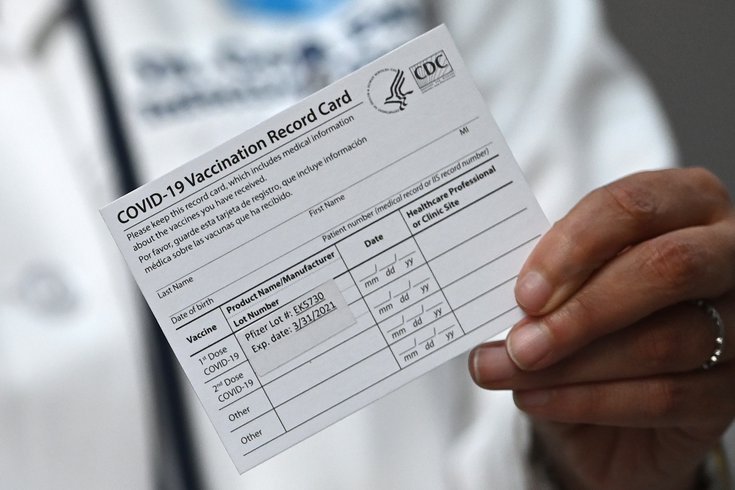 Pennsylvania Gov. Tom Wolf vetoed a Republican bill that would have prohibited businesses, governments and universities from requiring COVID-19 vaccine passports or verification.

A Republican-backed bill that would have banned COVID-19 vaccine passports in Pennsylvania and limited the state health secretary's authority during public health emergencies has failed after it was vetoed by Gov. Tom Wolf.

Bill sponsors argued vaccine passports, which verify a person's COVID-19 vaccination status, were a form of government overreach and stigmatized those who don't get the vaccine.

Before the bill had passed in the state legislature, Wolf said he would veto it, specifically citing an amendment to the bill that restricted the health secretary from imposing social distancing, mask wearing or travel restrictions.

The veto does not mean the state will create a vaccine passport system. It instead allows private entities to require proof of vaccination for attendance or services in order to limit the spread of COVID-19, the Associated Press reported.

The state is not currently planning to create a government-issued vaccine passport, but it will allow businesses, colleges and venues in the state the right to do so.

The vetoed bill would have barred any colleges and universities that receive state funding from requiring proof of vaccination for attendance, entering buildings and participating in activities. It would also have kept state and local governments from requiring vaccination-status checks at their buildings or including it on ID cards.

Wolf said during his veto announcement the bill was contradictory, misguided and irresponsible.

"Short-sighted legislation to tie the hands of people dedicated to public health will only make infectious diseases more difficult to fight," Wolf said.

The ethics of vaccine passports has been a subject of debate since the COVID-19 vaccines became widely available. University of Pennsylvania Law Professor Eric Feldman weighed in on the legality of these, and says a supreme court case from 1905, Jacobson v. Massachusetts, allowed for penalties against a Swedish-American pastor who resisted the smallpox vaccine.

Vaccine passports are being developed in various countries and by businesses, including Ticketmaster, the European Union and the International Air Travel Association.

New York was the first state in the country to create a digital health certificate, the Excelsior Pass, that verifies a person's vaccination status or recent negative COVID-19 test.