In New Jersey, 12 new cases of Zika, one case of West Nile virus in two-week span

Mosquito season in New Jersey has brought a heightened threat of Zika and West Nile viruses, both of which are contracted from the pesky insects.

In the past two weeks alone, NorthJersey.com reports New Jersey has experienced 12 new confirmed cases of the Zika virus, (though nobody has contracted the virus from a mosquito in the United States), and on Thursday, the state confirmed its first case of West Nile virus for this year.

Zika virus: What you need to know to avoid an outbreak here this summer

Since the start of the spread of the Zika virus epidemic, the number of state residents affected by the virus has reached 59, NorthJersey.com said.

The Camden County Health Department announced the state's first confirmed case of West Nile virus on Thursday. The victim is an unidentified 48-year-old Camden County man who has since been hospitalized.

According to the county health department, the individual began exhibiting symptoms, including headache, altered mental status and encephalitis, which is swelling of the brain, on July 8. There is no word on his current condition. 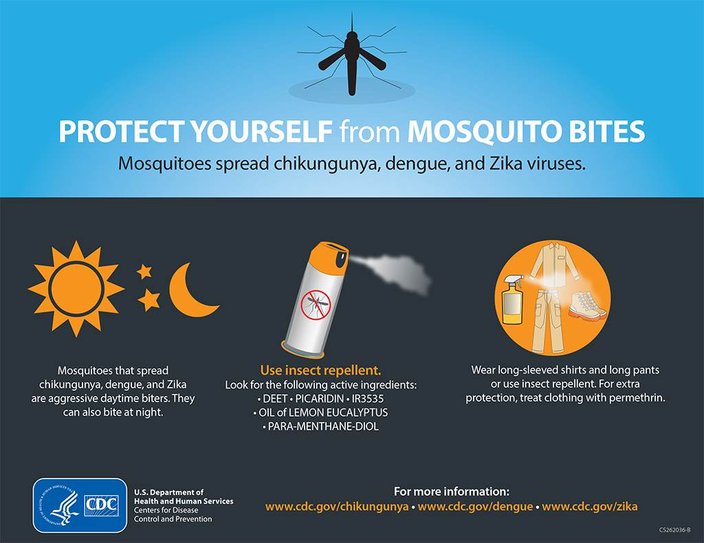