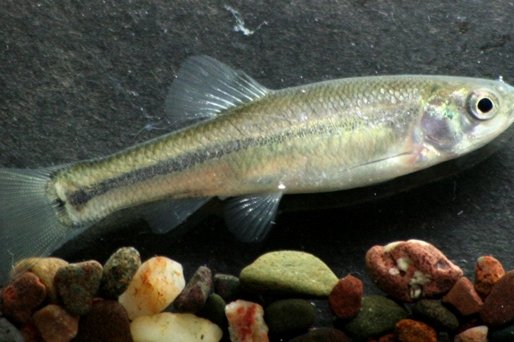 One fathead minnow eats 100s of mosquito larvae before they become airborne disease-carrying pests. Camden County is rearing the minnows for release in South Jersey.

Think of them as “Jaws” on a miniature level, hunting mosquitoes.

They're fathead minnows, and this week a hatchery opened in Lindenwold, at the Camden County Mosquito Commission.

The small fish – think guppy-sized – eat hundreds of mosquito larvae every day, before the larvae hatch and turn into airborne parasitic nuisances.

Hatchery tanks now hold and rear the voracious minnows. About 40,000 were transferred from the state hatchery in Hackettstown, in the northwest corner of New Jersey.

About half of the initial supply of fish will be released in the waters of South Jersey. The rest will remain as brood stock.

Having the seed fish local to South Jersey will cut down on travel to North Jersey to obtain more of the minnows.

“An adult fish can consume hundreds of mosquito larva in a single day,” said Freeholder Carmen Rodriguez, liaison to the Camden County Health Department.  “This program will cut down on the use of pesticides in our environment by controlling the mosquito population in a natural way.”

“Having a ready reserve of fish will save precious time for the southern counties,” Rodriguez added.

About 1,500 fish weigh a pound. A start-up of shipment of about 500 pounds of minnows can weigh in at about 4,000 pounds by fall after feeding and growing.

The minnows breed as many as three times a summer and can live three to five years.

Eventually the Lindenwold hatchery will also hold gambusia, a non-native minnow which is also called mosquito fish. Some ecologists question the use of non-native species as control species because they disrupt the natural order in the ecosystem.