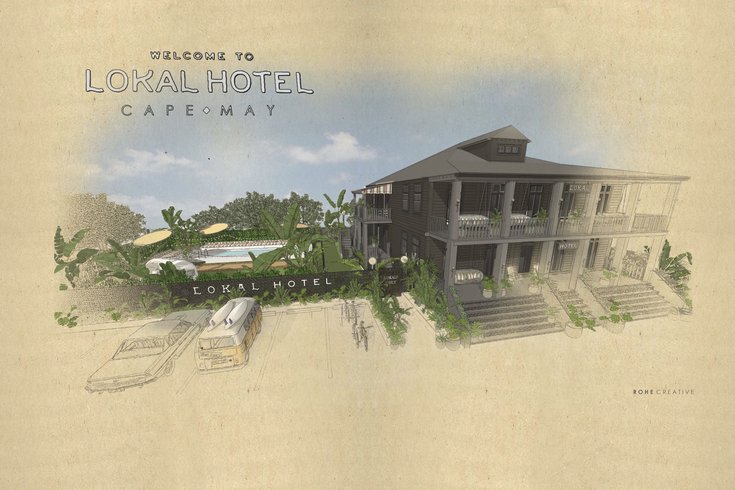 A rendering of the exterior of Lokal Hotel in Cape May.

Cape May is about to get its first "invisible service" hotel, a concept spun off the success of Lokal Hotel's first location in Old City.

What does invisible service mean, exactly? In Old City, Lokal is a boutique concept on North Third Street that has no front desk and no onsite staff, instead conducting check-in via an automated code system, and offering services through iPads provided in each of the space's six suites.

Lokal opened in Philly in early 2017, expanding with a second location, an A-frame vacation cabin by the Maurice River in Dorchester, New Jersey, late last year. Both concepts emphasize modern design and lux amenities, rehabbing old structures – the Old City space is a registered historical building, and the A-frame cabin dates to the mid-20th century – to create a contemporary, streamlined aesthetic.

Now the Jersey Shore is the next area to get the Lokal treatment.

The space at 5 Stockton Place, formerly home to a dilapidating apartment building, will soon be the new Lokal Hotel in Cape May. Slated to open early 2019, the new hotel will sit near Cape May Convention Hall and offer eight apartment-style suites.

In addition to the renovated suites, the new space will include some other tailor-made fixings: a saltwater pool, a bocce court, grilling stations, and a big enough courtyard to host events and weddings for up to 120 people.

"We couldn't be happier to have the opportunity to add a new vacation spot to this town and be a part of this amazing community," Courtney Ludeman, co-founder of Lokal Hotel, said in a press release.

"We look forward to incorporating the local culture and small businesses that make this beach town so unique into a new concept that really helps visitors experience Cape May like a local."

ROHE Creative is spearheading the design to incorporate a modern aesthetic for the micro beach resort.

"Overall, we imagine it as a fresh approach to a Beach Bungalow; an opportunity to introduce a modern, curated and crafted hangout to the beautifully historic town of Cape May," said Kate Rohrer, from ROHE Creative.

Take a look at what you can expect the new Lokal Hotel to look like. 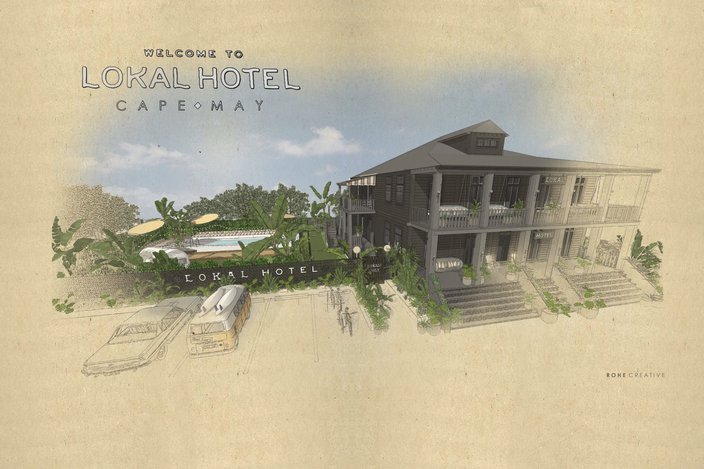 A rendering of the exterior of Lokal Hotel in Cape May. 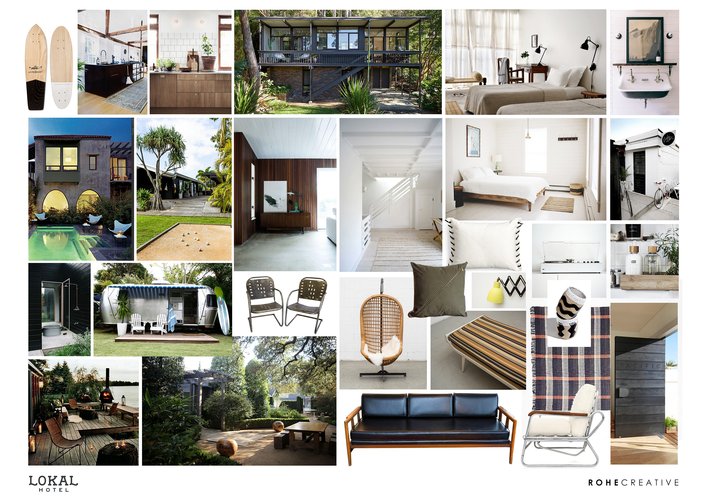 A dashboard of design concepts to be incorporated into the new Lokal Hotel. 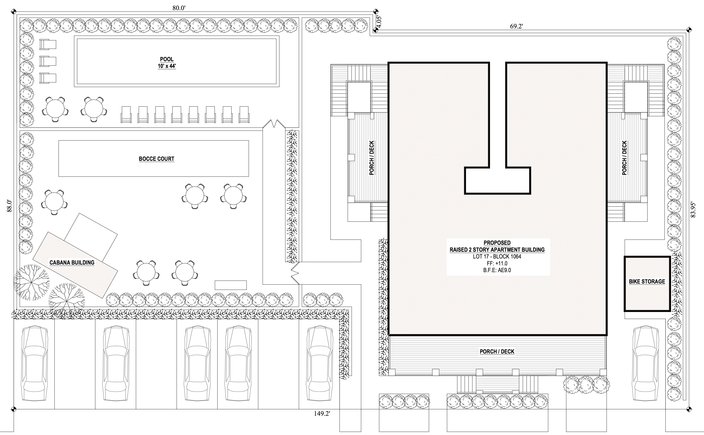 A site plan for new Lokal Hotel in Cape May, including parking and outdoor spaces.