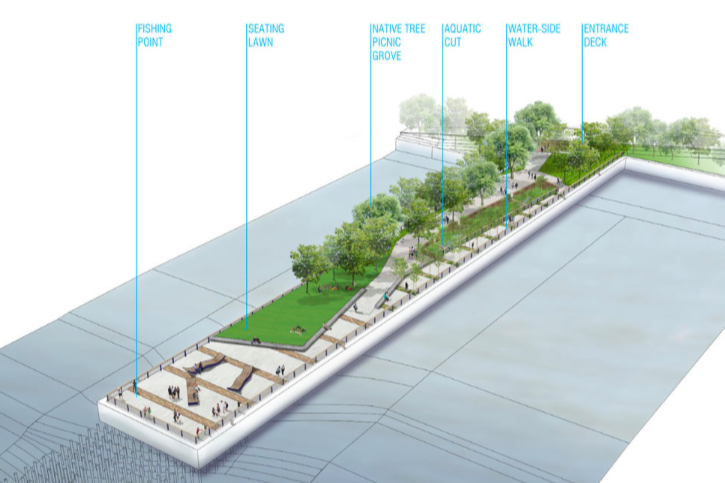 Plans for Pier 68, a new waterfront park set to open at the beginning of October.

Building on the success of popular gathering points Race Street Pier and Spruce Street Harbor Park, the Delaware River Waterfront Corporation announced that it will open a new pier park on October 1.

As the Philadelphia Business Journal reported, Pier 68 will offer activities like fishing and picnic areas and will be a southern entry point to the Delaware River Trail.

The park costs $1.7 million to build. Funding from public and private sources, including the William Penn Foundation, the city, the Pennsylvania Department of Community and Economic Development, the National Fish and Wildlife Foundation, Wells Fargo and Walmart.

It will be located in Pennsport, near the shopping area on South Christopher Columbus Boulevard where the Walmart Supercenter is located.

Meanwhile, fans of Spruce Street Harbor Park will have their last chance of the season to visit it this weekend, as the park closes on Sunday.