New restaurant debuts near Penn with such an awesome name 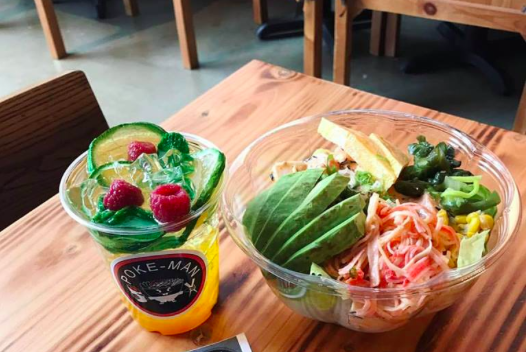 Poké-Man opens near University of Pennsylvania.

New restaurants open all the time in Philadelphia and the early hype surrounding them is usually worth it. We live in a city of enthusiastic foodies. People here love to try and recommend new spots, or even recommend them before they've tried them!

It isn't every day that we can bring to your attention to a restaurant whose name is just as much a draw as the cuisine, although yes, the soon-to-open Mad Rex in Fishtown is pretty off the wall, conceptually speaking.

On Sunday, the neighborhood surrounding the University of Pennsylvania flocked to 3737 Chestnut St. as though they had been summoned to a gym by their neglected Pokémon Go apps. Why? Because the restaurant that just opened there is called Poké-Man. No joke. See?

It doesn't appear that the restaurant has anything to do with the game, although the owners might do well to play that up. Then again, the name is enough of a novelty draw and it's hard to imagine this wasn't a tongue-in-cheek, strategic decision on some level.

Facebook updates on Monday afternoon suggest the buy one, get one free grand opening was a smashing success. And they're keeping it running until September 2!

Props to people around Penn for eating their way through an entire restaurant called Poké-Man.