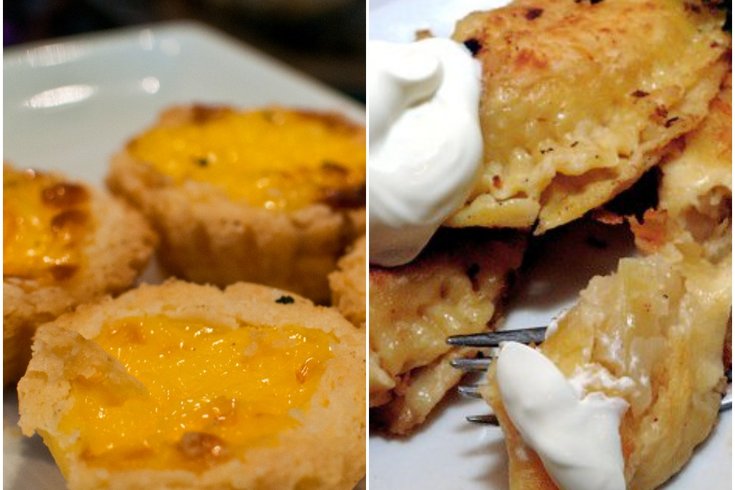 According to a recent report from Business Insider, Portuguese food from Newark and Polish food from Pittsburgh is some of the most authentic in the world.

If you want authentic European food, you should go to Europe. Or, you could make quick stops in two New Jersey and Pennsylvania cities.

Business Insider talked to food marketing professor John Stanton from St. Joseph's University, who says if you're looking for straight-off-the-boat Portuguese or Polish food, you should head straight for Newark and Pittsburgh, respectively.

While Stanton is clearly an expert in his field with more than 25 years of consulting experience for national food companies and the author of many books, it's interesting that he skips right over Philadelphia on his list. Despite being a professor employed mere miles from areas of Philadelphia like Port Richmond — with its own authentic Polish cuisine and community. He also bypasses the Korean restaurants in Olney and our Cantonese Chinatown.

He does, however, throw a small nod to the Italian Market as being among the U.S's  list of authentic "Little Italy" neighborhoods. But even still, the market today is increasing being lauded for "Calle Nueve," the stretch of Mexican restaurants on South Ninth Street.

In Newark, Stanton said Portuguese sailors would fish out of a port there when they arrived in North America and set up their own restaurants, cafes, and bakeries. In 1995 the New York Times reported "Newark may be better known in Portugal than it is in the United States."

If you're interested, head to the Ironbound district to try custard-filled egg tarts from shops that have been owned by the Portuguese community for decades. According to Saveur, you'll get a pretty authentic meal at Taste of Portugal on Delancey Street.

In Pittsburgh, Stanton recommended trying the Polish specialities in restaurants, breweries and delis. If you find yourself with a hankering for Polish dumplings in Pittsburgh, the Post-Gazette put together this handy list of where to get the best pierogies in town.

Other recommendations from the report: Go to St. Louis for Bosnian food, Minnesota's Twin Cities for Nordic, and Detroit for Greek cuisine.