Matt Groark, famed on social media for his BBQ videos, traveled to London for the second season of the celebrity cooking show 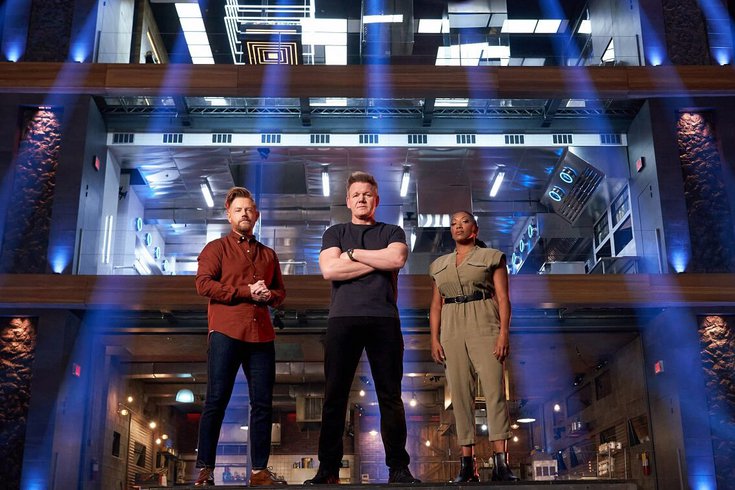 'Next Level Chef' will return on Feb. 12 after Super Bowl LVII with celebrity chefs Gordon Ramsay, Richard Blais and Nyesha Arrington (from left to right). Matt Groark, a South Jersey teacher and Eagles fan, is a contestant on the show.

A health and physical education teacher at Washington Township High School will compete on the second season of "Next Level Chef," the celebrity cooking show starring Gordon Ramsay, Nyesha Arrington and Richard Blais.

Matt Groark, the 44-year-old social media star behind Groark Boys BBQ, went to London to film for the new season last summer after he was selected among 18 people for the show's all-American cast.

The season premiere will air Feb. 12 on Fox after Super Bowl LVII, which may well feature Groark's beloved Philadelphia Eagles. The regular time slot will be 8 p.m. on Thursdays.

"Next Level Chef" brings a new spin to cooking competition shows, featuring three hand-picked teams that work under the mentorship of each of the celebrity chefs. The series whittles the field down in search of the best of the bunch.

The action takes place on multiple floors of a building, each with different kitchens and ingredients that reflect the environment.The idea is to challenge the contestants to adapt to a variety of circumstances. Those who cook in the basement must work with a bare bones kitchen, while those on the top level get a kitchen with all kinds of modern amenities. To add to the frenzy, the contestants must scramble to grab their ingredients from a platform that passes through the center of the three levels.

Groark's BBQ videos and tutorials on Instagram, TikTok and YouTube have exploded in popularity since he took his talents to social media during the COVID-19 pandemic.

Among the contestants chosen for "Next Level Chef," Groark had the largest audience in the social media chef category. The show also casts culinary-trained chefs and home cooks.

Groark explained in one video that his love for BBQ began around the time he became an Eagles season ticket holder in 2003, serving as a tailgate chef in South Philly.

"The parking lot of Lincoln Financial Field is truly where the passion began," Groark said.

In some of his videos, Groark pays homage to Philadelphia staples, including a BBQ-style cheesesteak.

On "Next Level Chef," Groark will be part of a six-person team for Chef Blais, the "Top Chef" alum, cookbook author and host of the popular podcast "Food Court with Richard Blais."

To participate in the show, Groark had to take an unpaid leave of absence from his school and leave behind his wife and kids to travel to England. Filming took place in mid-August.

“It was just an incredible, unforgettable experience,” Groark told the Cherry Hill Courier-Post, though he's barred from revealing how he fared in the competition. “I was so happy to have had that opportunity, and I encourage everyone to tune in and watch my journey.”

With any luck, the season premiere will follow the presentation of the Lombardi Trophy to the Eagles.