The Chicken or the Egg prepares to open Marlton location

The Jersey Shore staple may open its second restaurant as soon as the end of January, owner Rob LaScala said 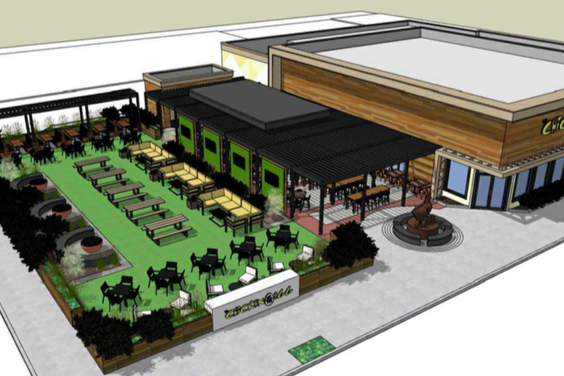 The Chicken or the Egg, a popular Jersey Shore restaurant, is preparing to open its new Marlton location, which will feature a huge outdoor beer garden. Above, a rendering of the new Chegg restaurant, which could open by the end of the month.

Fans of a beloved Jersey Shore breakfast and wings joint will soon be able to visit its highly-anticipated second location.

The Chicken or the Egg, affectionately known as Chegg, is preparing to open its new Marlton restaurant in the Renaissance Square shopping center. While a date has not officially been set, it could open by the end of January, according to owner Rob LaScala.

Unlike the Long Beach Island location, this new Chegg will have a liquor license. It will also have room for 210 patrons in a large outdoor beer garden area with lounge seating, fire pits, an outdoor bar and a space for live music.

The project's developer, the LaScala Restaurant Group, owns several restaurants in Philadelphia and South Jersey including LaScala's Fire, located in the Promenade at Sagemore shopping center – about a mile away from the new Chegg location. LaScala had the Route 70 and North Locust Avenue site in development for a while before deciding it would become a new Chegg.

"My brand is LaScala's Fire, and I bought this brand about six years ago," LaScala said. "So you know, I've kind of inherited the store, the concept and all from the original founders. But from what I understand, it seems like people are really excited. I live in Marlton, so I'm excited for it as well."

Alicia DiMichele, a boutique owner and former star of "Mob Wives: New Blood" who married LaScala in 2018, shared a TikTok in December showing off the nearly-completed Chegg location.

The Chicken or the Egg, known for its breaded and naked wings that come in 16 sauces of varying heat, has been serving customers at the Jersey Shore since 1991.

Chegg boasts an expansive all-day breakfast menu, plus sandwiches, nachos, fries and other summertime favorites. The Marlton location will have the same food menu, plus alcoholic beverages.

A post shared by Chicken Or The Egg Marlton (@chegg_marlton)

The new Chegg restaurant was approved in May 2021 by the Evesham Township Planning Commission, and was originally slated to be completed by summer 2022. It occupies the former site of a Kmart store at 121 NJ-70, Marlton.