The morning after the team pummeled the Giants in the divisional round of the playoffs, 3-year-old Wyatt could be heard chanting for the Birds 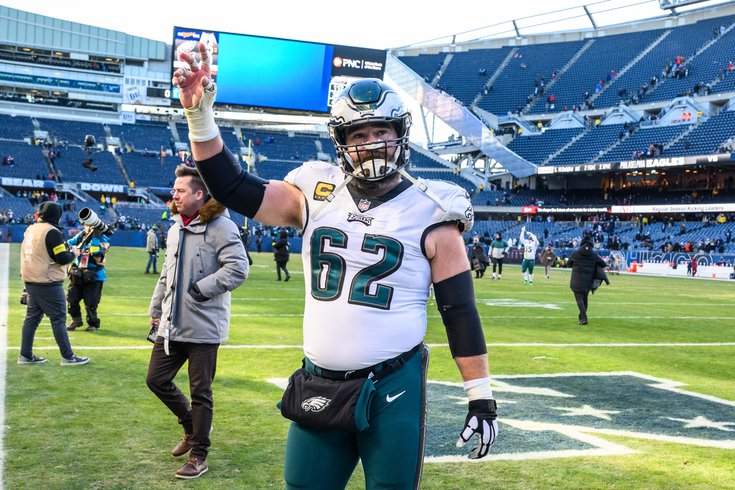 Following the Eagles' win over the Giants in the divisional round of the playoffs, center Jason Kelce shared an adorable video to social media showing his three-year-old daughter Wyatt singing "Fly, Eagles Fly" in her crib.

The Eagles crushed the Giants Saturday night 38-7 in the divisional round of the playoffs, and naturally the team's fight song could be heard ringing through the stadium as well as at bars and watch parties throughout the region. It could even be heard in one of the player's homes.

"Apparently Wyatt is pretty pumped about the Eagles win last night too," Kelce wrote in the Instagram post. "Woke up to her singing the entire fight song this morning in her crib."

The video, which has already received over 50 thousand likes, shows what appears to be baby monitor footage. Laying in her crib, Wyatt chants, "E-A-G-L-E-S, Eagles! Yay!"

Kelce and his wife Kylie can be heard laughing in the background.

"What have we done?" Kelce asks.

The nearly one thousand comments range from fans praising the Kelces' parenting style to saying they also woke up singing the Eagles fight song. Montgomery County native rapper Lil Dicky added his own two cents in the comments: "You guys are heroic."

Kelce and his wife often shares entertaining videos of their children — Wyatt has a younger sister, Elliotte — including their hilarious quips and toddler tantrums.

Along with helping to lead the Eagles throughout a successful season, Kelce has kept busy off the football field as well. He recently launched a clothing line and was part of a record-breaking Christmas album, both of which raised funds for charity.

Hopefully Wyatt will have more to sing about next Sunday, Jan. 29, when the Eagles play in the NFC championship.