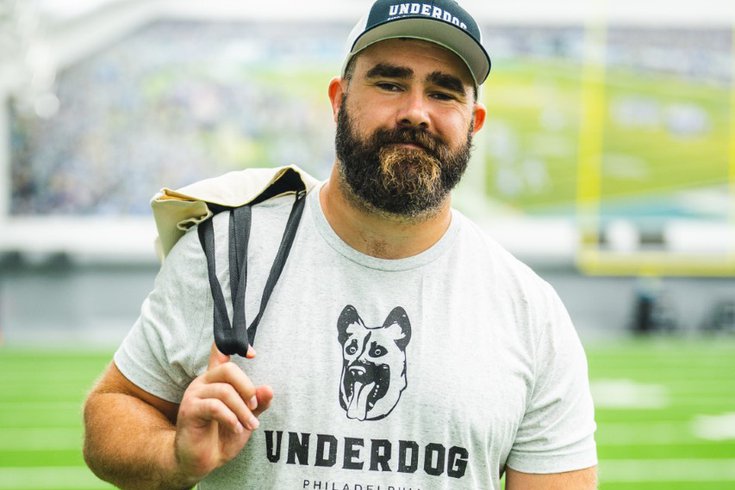 Eagles fans who are looking for a new way to display their support as the Birds' undefeated season continues can check out a new merchandise line from one of the team's most beloved stars.

"Celebrate our community, support our young people, and help make the best f*cking city in the world even better," the merchandise line's website states.

The Classic Collection includes a variety of items featuring the "underdog" German shepherd image that was popularized during the Eagles' 2018 Super Bowl run. Fans can choose from T-shirts, fanny packs and tote bags.

And for $308, fans can purchase the Hungry Dog Collector's Box, which includes every design in the collection. 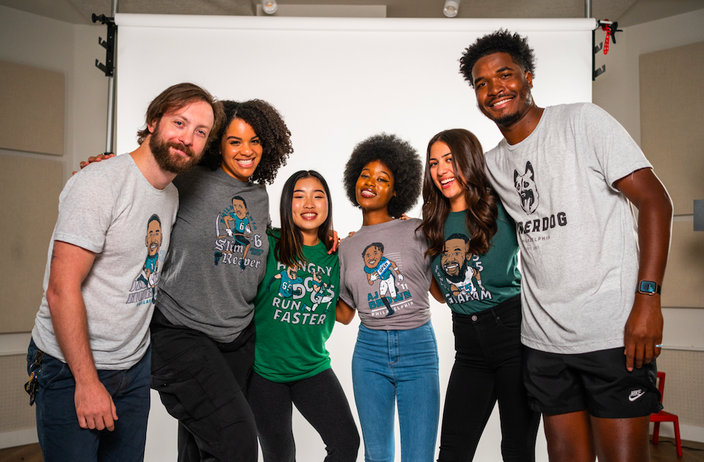 "Underdog is committed to building a tribe of people who want to see a better future for the next generation," Kelce wrote in a letter on the Underdog website. "I want the city of Philadelphia to know that I believe in it, and our young people to know that we believe in them. Together, I know we can make a difference and this is only just the beginning."

Beneficiaries of the (Be)Philly Foundation and Underdog clothing line include Coded by Kids, which helps prepare underrepresented youth to succeed as tech and innovation leaders, and the education nonprofit PFSS, the newly merged Philadelphia Futures and Steppingstone Scholars. 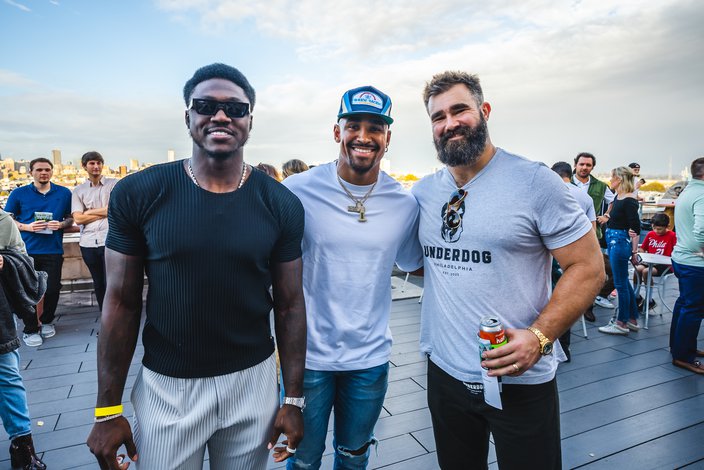 Jason Kelce, right, dons one of the T-shirts from his new 'Underdog Apparel' line during a launch party at the Bok Building in South Philadelphia.

With an 8-0 record, the Eagles may not be the "Underdogs" they once were, but Kelce's new line may remind fans of that magical Super Bowl year.