NFC East Roundup: Everything breaks right for the Eagles

The Eagles still have more than their fair share to sort out (especially on the offensive side of the ball), but this was the weekend that you dream of as a fan. Not only did the Birds win on Sunday — On that subject, you can find Jimmy’s 10 Awards here — but also the division-leading Dallas Cowboys lost to drop their record to 2-1 on the season. That sound you now hear is Chip Kelly and Sam Bradford reelin ‘em back in. No? OK, maybe not.

In the other NFC “game of the week,” the New York Giants took down the Washington Red***** 32-21 on Thursday night. While it’s debatable if this will be the desired result from the Eagles’ perspective come December, New York entered the game at 0-2 and Washington came in at 1-1. We at PhillyVoice are not here to argue with math! Here is a look at the updated standings:

We will have plenty of Eagles coverage over the next few days, but here is a closer look at how the other teams fared:

Byron Maxwell would feel a little better checking out the tape of this one because Julio Jones, who may or may not be an alien, ran wild through the Dallas secondary. Jones went for 12 catches, 164 yards, and two touchdowns, one of which you can watch here:

Julio Jones has 34 receptions on the season. Per @elias, that's the most receptions through the first 3 games of a season in NFL history.

As a longtime Julio fantasy owner, I’m pretty thrilled with his performance. Speaking of fantasy, this game was dominated by a couple of running backs that likely won’t come close to today’s performances again this season, Joseph Randle and Devonta Freeman. Those two guys split six touchdowns! The Falcons are now one win away from sweeping the NFC East, a victory they will likely get at home against the projected worst team of the bunch.

For Dallas, Game 1 of The Weeden Era was a missed opportunity. The Cowboys jumped out quickly to a 14-0 lead, but they just couldn’t get enough stops against Matty Ice and co. After dropping a crucial pass late in the game, Terrance Williams apparently voiced his opinion on social media. The tweet has since been deleted, but both the drop and game definitely counted.

Coming from someone who doesn't particularly care for the New York FOOTBALL Giants (or Chris Berman), Odell Beckham Jr. is both really good and very fun to watch:

Tom Coughlin is also using his starting running back on special teams, and the move paid off against WASTEAM. After getting whistled for running into the kicker, Rashad Jennings blocked a punt that ended up as a safety.

This isn’t going to cut it on most nights, folks: 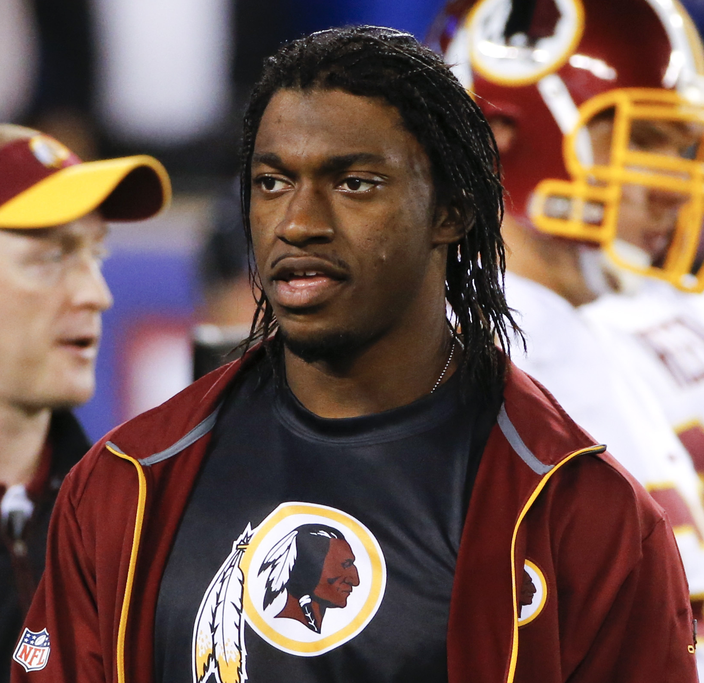 The good news for Kirk Cousins and the WASTEAM faithful is that DeSean Jackson could be back next week just in time to rub Kelly’s culture in his face for the second straight season. Remember that Cousins lit up the Eagles’ secondary to the tune of 427 yards last season. Considering how he has played against everyone else, that is pretty darn embarrassing:

Stat from @Ryan_Cortes: Kirk Cousins now has as many interceptions as JaMarcus Russell ... on 166 fewer passing attempts.

This was a nice thing that DeAngelo Hall did, by the way: