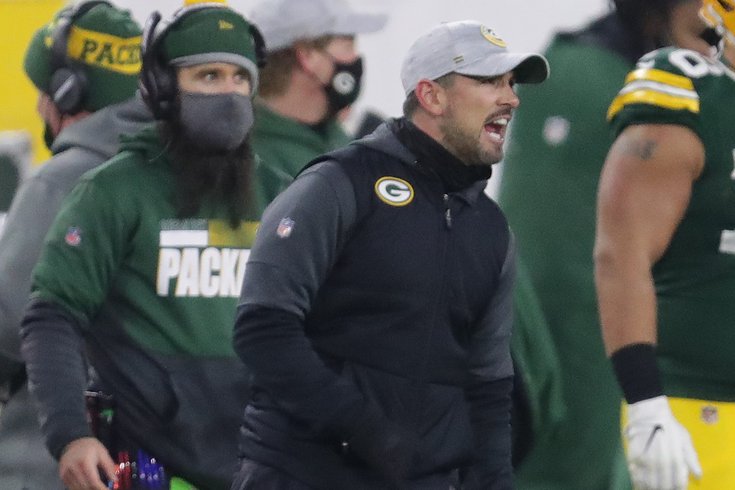 Ugh. Tom Brady is in another Super Bowl, and this one will essentially be a home game for him and the Buccaneers, as it will be played at Raymond James Stadium in Tampa.

Over the next two weeks, Brady's impressive accomplishments will be detailed and updated. Be prepared to see 🐐 emojis used endlessly to describe him (and sorry for using that here).

I wouldn't expect to see anyone really press him on the multiple times the New England Patri*ts (and Brady himself, for that matter) got caught cheating, not to mention the likely zillion other unsavory things the Patri*ts did over the years that nobody detected. Nor will they inquire about why Brady's company applied for — and accepted — a PPP loan than some other small company could have used to stay in business during a pandemic.

In recent years, the Green Bay Packers have served as something of a distinguisher of undesirable teams in the playoffs, at least in terms of Eagles fan rooting interests. Since 2014, they've taken out the Cowboys twice, the Football Team once, the Giants once. They also even knocked the Seahawks out after the Seahawks advanced past the Eagles because they purposely concussed Philly's starting quarterback.

But this time around, despite being the lone team in the NFC with a first round bye, and every advantage in their favor, they could not take down Brady and Bucs, and now we all have to suffer for it.

I thought teams were beginning to smarten up about going for it on fourth down. Nope. Down by eight with just over two minutes to go and facing a 4th and Goal from the Bucs' 8-yard line, Packers head coach Matt LaFleur incomprehensibly decided that his team's best chance of winning was to kick a field goal. 🤯

His reasoning was that the Packers had all three of their timeouts, plus the two minute warning, and they figured they'd just get a stop (no problem!), get the ball back, and drive the field for a game-winning TD (again, no problem!). Somehow, the analytics say that it was only a small difference between going for it and kicking the field goal.

Of course, the analytics here don't factor in the following:

And sure enough, after the Packers took their three points, they kicked off, and the Bucs pretty easily salted the game away. Of course, that wasn't the only reason they lost. Along the way, the Packers has devastating drops, like the one by Equanimeous St. Brown's on a two-point conversion (they probably could've used another receiver in the first round instead of a Rodgers successor, by the way), and a fumble by the usually reliable Aaron Jones.

As for Aaron Rodgers, it's sort of amazing to think that a player as talented as him may only play in one Super Bowl by the time his career is over. Hell, he has the same record in NFC Championship Games as Donovan McNabb. As we detailed when we wrote the Packers' obituary last year, those NFC Championship Game losses haven't really been on him. However, he probably doesn't deserve the same excuse-making this time around, seeing as the Packers intercepted Brady three times in the second half, and the Packers offense did nothing with those opportunities.

Looking forward, Rodgers seems unhappy with the direction of the franchise, but it's hard to imagine he'll be playing elsewhere in 2021. 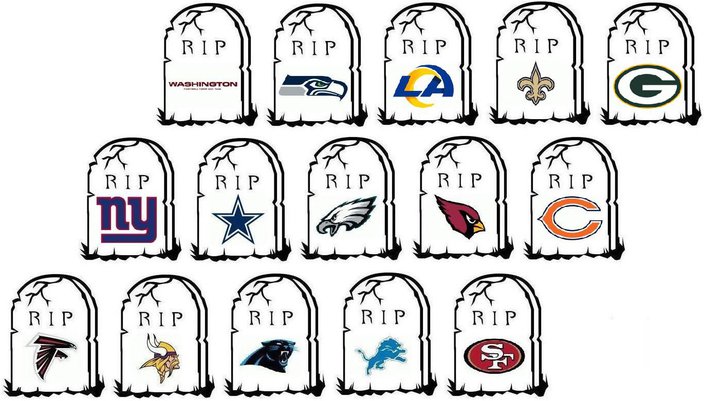