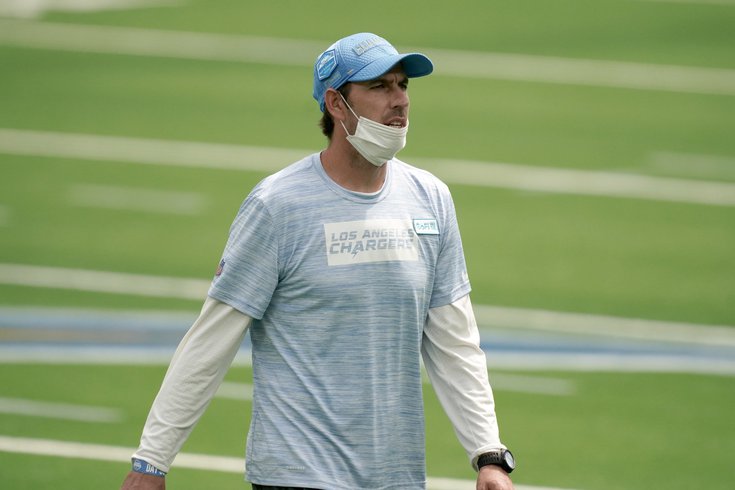 UPDATE: It appears the Eagles are set to name Shane Steichen as their new offensive coordinator under recently hired head coach Nick Sirianni.

Former Chargers’ OC Shane Steichen is arriving today in Philadelphia, where he is expected to become the Eagles’ new offensive coordinator, per source.

You can follow all the latest Eagles coaching news right here in our live tracker.

The Philadelphia Eagles are interviewing Los Angeles Chargers offensive coordinator Shane Steichen for their vacant OC job, according to a report from Ian Rapoport of NFL Network.

Along with Curtis Modkins, the #Eagles are interviewing #Chargers OC Shane Steichen today for their vacant OC job, per source. https://t.co/QIydmvkBIG

Steichen is only 35 years old, and he already has 10 years of coaching experience in the NFL. His prior stops, via Wikipedia:

In his lone season as the Chargers' offensive coordinator (not including his interim promotion in 2019), the Chargers' offense ranked just 18th in points, but they also ranked 9th in yards, 4th in giveaways, and 15th in DVOA, all with a rookie quarterback in Justin Herbert.

In Herbert's first season, he completed 66.6 percent of his passes, he averaged 7.3 YPA, and he threw 31 TDs vs. just 10 INTs, finishing 12th in the NFL with a 98.3 QB rating. Steichen, along with quarterbacks coach Pep Hamilton, have been credited with Herbert's rapid development.