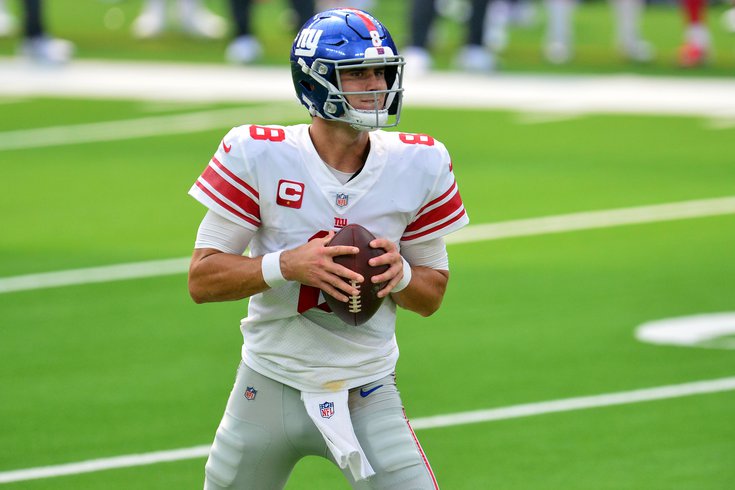 We should have our first obituary soon.

Week 4 is in the books, and we allllllmost had our first obituary of the season. A couple of decent candidates are the Giants and Falcons, but we'll hold off for now. Let's just get right to the hierarchy.

The Giants were always supposed to be really bad this year, but their extreme offensive futility was unexpected. They have good skill position players, at least on paper, with Saquon Barkley, Darius Slayton, Sterling Shepard, Golden Tate, and Evan Engram, to go along with an improved OL (a low bar for improvement there, to be clear). With Barkley out, the entire offense has become flat.

Daniel Jones has been bad, by the way. He has thrown 2 TDs vs. 5 INTs, he's been sacked 14 times, and lost 2 fumbles. He's been Carson Wentz, minus the occasional good play.

15) Football Team (1-3): After the Football Team's loss to the Ravens, a report emerged from Ian Rapoport that Dwayne Haskins could be benched.

The pressure is on Washington QB Dwayne Haskins, who must play well today to avoid the possibility of being pulled, sources say.

Story: “Washington could move on from Dwayne Haskins if he continues to struggle”https://t.co/UIumnntyNt

Haskins' agent wasn't happy about that.

Amazing this is the narrative coming out of DC. A young QB (10 starts total over 2 seasons) who is in a brand new system, with no off-season in said new system, a young OL, limited weapons on offense and only 3 games into the NFL season. Yet “he” is the one that must play well. https://t.co/6lAD0WGa2p

He's right! But also, bench Haskins for whom? Sucky Kyle Allen? What does that achieve? You're not going anywhere anyway. You may as well see what your 2019 first round pick can do over an extended period. Even if you're part of the new coaching staff and you really don't like Haskins, all Kyle Allen is going to do for you is lose more games, while Haskins' value to other teams plummets.

Maybe try to build up his value, trade him, and then draft someone else? But to just bench him for Kyle Allen? This organization is so dumb.

14) Falcons (0-4): The Falcons dropped to 0-4 against the Packers on Monday night. At least in this game, they got dominated instead of another soul-crushing fourth quarter comeback. 🎉

With Bill O'Brien's surprise firing in Houston out of the way, there's a decent chance other teams follow suit. Dan Quinn should have never been able to keep his job this past offseason, given that his side of the ball (the defense) has been the underperforming unit on this team for years:

He could be a goner this week.

13) Lions (1-3): Staying on the "should be fired" front, there's Matt Patricia. At least Quinn says the right things. Patricia, not so much.

Matt Patricia was asked why people should still believe he’s the right coach to turn the Lions around.

“When I came to Detroit, there was a lot of work to do. That’s what we’re trying to do,” he said. pic.twitter.com/o24DOpATh5

12) Eagles (1-2-1): The Eagles' win over the Niners on Sunday Night Football must have given Doug Pederson, Carson Wentz, and Howie Roseman a huge sigh of relief, as this season was looking like it could go really badly. And, well, it still very well could, but they were able to at least temporarily quiet the storm.

Not to be Debbie Downer here, but the turnover battle aside, the Eagles still got outplayed on Sunday:

The Eagles currently hold sole possession of first place in the NFC East, but let's be honest... The Cowboys remain the crystal clear favorite to win the division, and by a significant margin. According to TheLines.com, Dallas is -120 to win the division despite not being in first right now. The Eagles are at +130.

11) Cowboys (1-3): The Cowboys have allowed 146 points this season, which puts them on pace to allow 584 points on the season. That would be a new NFL record for points allowed in a season. More alarming is that it hasn't just been one game. They have allowed at least 38 points in three of four games, and in the fourth, a 20-17 loss to the Rams, the Rams played a ball-control style of offense, and were able to do what they wanted against Dallas' defense.

What has gone wrong defensively? Well, this was all very predictable, as we laid out in our Cowboys dumpster fire piece back in June: 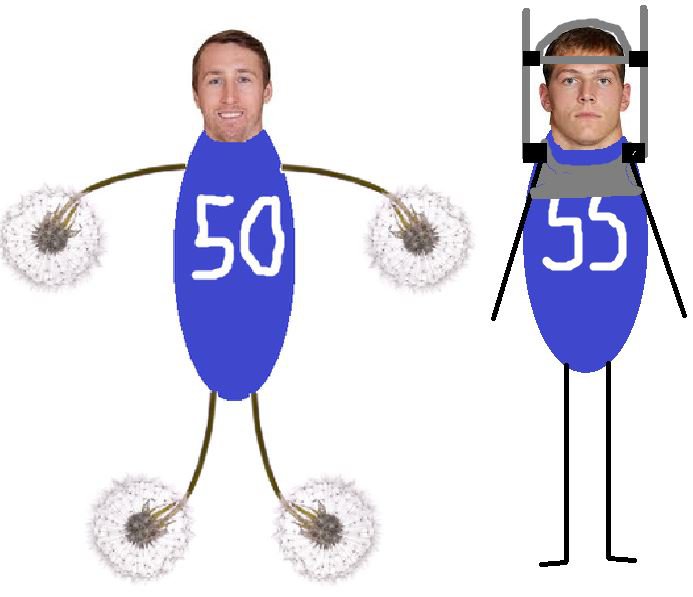 For example, from 2015-2019, they have averaged 8.6 interceptions per season. They were in the bottom six in that category each year. That hasn't changed, as they only have one INT so far this season.

9) Panthers (2-2): The expectation here was that the Panthers' defense had a chance to be the worst in the NFL this season, but they've actually held their own. In the last two weeks, they have held the Chargers and Cardinals to 16 and 21 points, respectively.

7) Cardinals (2-2): Let's check out Kyler Murray's numbers from his Week 4 loss to the Panthers.

Oh. Only 133 yards and 4.3 yards per attempt. The Cardinals drafted Murray to replace Sam Bradford, not to be him.

6) 49ers (2-2): During the telecast on Sunday Night, it was pointed out repeatedly that the Niners had some injuries. Lol. The Eagles were missing the following, on their offense alone:

There's no excuse. That was a really bad loss.

4) Saints (2-2): In the first five minutes of the Lions-Saints game, the Lions jumped out to a quick 14-0 lead, and I'm sure many were excited that the Saints' run near the top of the NFC could be done. Nope.

They're definitely fading, but we're not there yet.

3) Rams (3-1): The Rams beat the Giants. Who cares? Here's a quick history of the Jalen Ramsey - Golden Tate feud, via Ryan Dunleavy and Steve Serby of the NY Post, that led to punches being thrown after the game on Sunday.