Since the NFL's Monday night matchup is a pair of AFC teams, we'll roll out our NFC Hierarchy/Obituary a little early this week. After 12 weeks of the NFL season, we have our first 2017 playoff team to be killed off.

Before the season began, I had the Atlanta Falcons winning the Super Bowl. Eleven games later, they're 4-7, six games back in the NFC South, and already looking forward to the offseason. A look back at my season predictions:

The Falcons suffered a number of key injuries early in the season, namely to star linebacker Deion Jones and both of their starting safeties. Boo hoo. That shouldn't have derailed them to the extent that it has, given the Falcons' fire power on offense. But, unlike the Eagles of a season ago, Atlanta was unable to weather a few losses. They have now lost three straight, folding meekly into the night on Thanksgiving.

10) Packers (4-6-1): Packers fans are pretty much done with Mike McCarthy at this point, and with good reason. They've bemoaned the lack of creativity in the Packers' offense, and from what I've seen over the last few seasons, they're right.

Sports Illustrated tried to put the blame on Aaron Rodgers instead of McCarthy, citing an example from the Packers' win over the Dolphins a couple weeks ago.

A great illustration of Rodgers’s unevenness came two weeks ago in Green Bay’s win over Miami. The Packers faced a 4th-and-2 near midfield. The Dolphins are a zone D that almost always plays nickel. Knowing their nickel would keep two linebackers on the field, McCarthy put in a fourth receiver and aligned Davante Adams in the backfield, so their top weapon could run his route against those overmatched linebackers. Adams did, breaking open on a short-angle route right in Rodgers’s immediate line of vision. The play worked perfectly. And Rodgers, for reasons not even Sigmund Freud could figure out, tried to break down and extend the play. A quick-strike play like this can’t be extended, though, and naturally, the protection cracked and Rodgers was sacked.

Imagine if it had been Sean McVay putting Brandin Cooks at running back. Or Andy Reid putting Tyreek Hill there. Their genius would have been heralded once again. On a big fourth down gamble the offensive mastermind puts his best wide receiver at running back and catches the defense off balance! Boy, you never know what this coach will do next!

I was curious what that play actually looked like, since video of it was not included in the piece, despite it being 2018. Here it is:

You can't see him at the beginning of the clip, but safety Reshad Jones is covering Adams, and taking away the outside, because he knows that linebacker Jerome Baker (55) is taking away the slants. This route isn't open.

Worse, for some reason, McCarthy thought that blocking Cameron Wake with Jimmy Graham (on the right side of the screen above) was somehow a good idea. If anything, this play is a better illustration of a terrible design by McCarthy, who has managed to waste the talents of the best football player on the planet for most of the last decade.

9) WASTEAM (6-5): They're just so banged up right now. In addition to having lost the quarterback and a big chunk of the offensive line, WASTEAM was also victimized as a result of a banged-up cornerback on Thanksgiving.

A lot of Dallas fans are fired up about Amari Cooper, as they should be, but on Cooper's 40-yard TD, watch CB Quinton Dunbar, who was playing with a shin injury:

Anyway, that play aside, you all saw Colt McCoy on Thanksgiving. He does not look in any way like an answer down in D.C.

8) Eagles (5-6): The Eagles got their act together in the second half against the Giants on Sunday, but they looked awwwwwful in the first half. Their inability to start games well this season is confounding, as they have averaged 1.9 points in the first quarter this season. 1.9!

FiveThirtyEight.com gives 12 teams at least a one percent chance of winning the Super Bowl this season. The Eagles are not among them.

7) Panthers (6-5): I'm beginning to sound like a broken record on the Panthers by now, but they are straight-up frauds. This is an average-at-best team that every potential 3- or 4-seed should be hoping to get to play in the first round of the playoffs. Unfortunately for those teams, after three straight losses, the Panthers' playoff hopes are suddenly very much in question.

That's it? 103.7 is the best career QB rating in November? There are seven quarterbacks with at least a 103.7 QB rating this season alone. That just goes to show how crazy offensive production is in 2018.

We've got a brand new Amari Cooper shirt if you want to get an early Christmas gift like the Cowboys did with him.

I hope there's a Raiders fan who has filed that away in their memory bank for later use.

the Vikings really used Adam Thielen as a limbo stick 😂😂😂

That is the best TD celebration yet.

3) Bears (8-3): I keep waiting for the Bears to falter, but they've won five straight, and even managed a W with Chase freaking Daniel at quarterback on Thanksgiving. They're not anywhere near in the same league as the Rams or Saints, but I'm impressed. 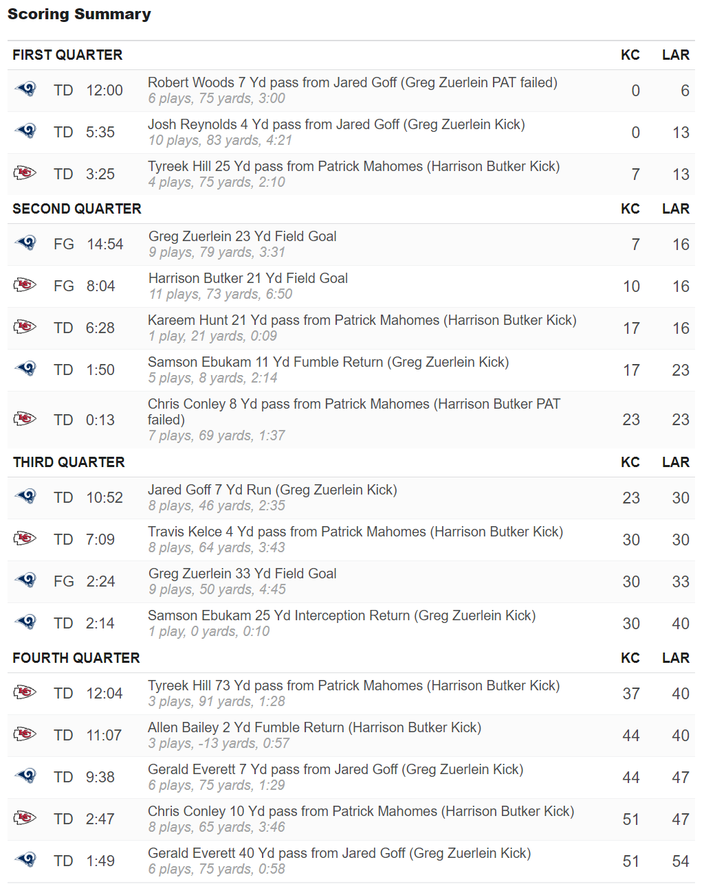 1) Saints (10-1): Even with the Rams' offense looking the way it does, the Saints just seem to be on another level.