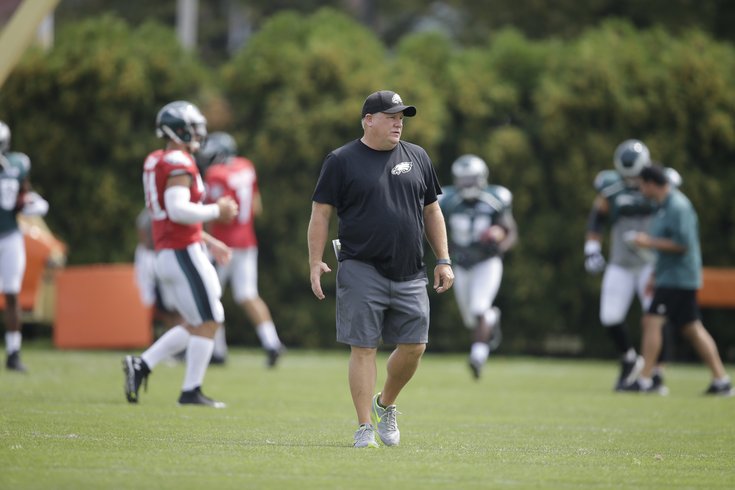 If Chip Kelly remains the Philadelphia Eagles' head coach in 2016, which is likely but not a certainty, he may have to deal with the watchful eye of HBO's reality sports documentary series Hard Knocks, which covers the personal and professional lives of coaches and players throughout an NFL team's training camp.

Kelly wants HBO invading his training camp like he wants a root canal. However, because the Eagles have been eliminated from the playoffs in 2015, if Chip Kelly remains the head coach of the team, the NFL can force the Eagles to be the subject of the show.

In the past, HBO and the NFL have not exactly found much in the way of volunteers to do Hard Knocks, so the NFL came up with rules that allow them to force teams to let HBO cover their camps. NFL teams are off the hook if they can claim any of the following three things (via Deadspin):

1) They made the playoffs in one of the previous two seasons.

2) They have a new head coach.

3) They already appeared on the show in the last 10 years.

The Eagles cannot claim any of the above, and you can bet HBO would love to cover the Chipper. The other teams who are eliminated from playoff contention and fit the criteria above (for now, before head coach firing season) are the 49ers, Bears, Bills, Browns, Buccaneers, Chargers, Giants, Jaguars, Raiders, Rams, Saints, and Titans.