The show takes viewers behind-the-scenes of a popular sports team. This season, the Eagles are the ones being watched. 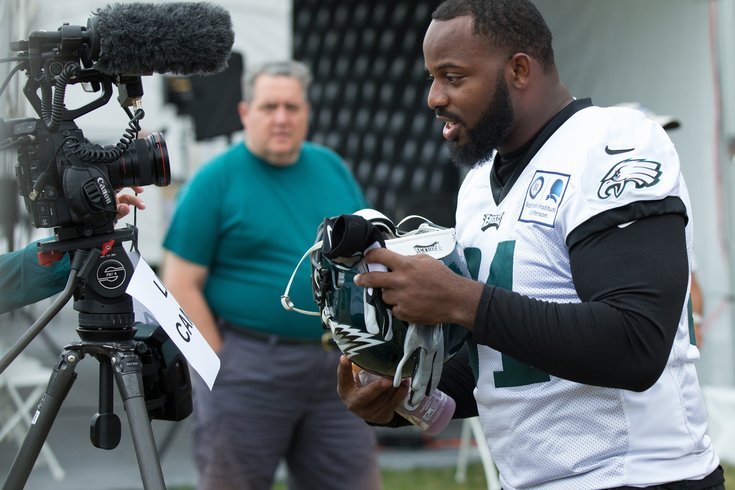 The next season of Amazon's Hard Knocks-style "All Or Nothing" series will showcase the Philadelphia Eagles' 2019 season.

The next season of Amazon's Hard Knocks-style "All Or Nothing" series will showcase the Philadelphia Eagles' 2019 season.

The news, which was apparently a bit of hush-hush secret, broke Tuesday from the Daily News' Paul Domowitch. According to NFL Network's Mike Garafolo, NFL Films had a fleet of cameras in Buffalo when the Eagles topped the Bills, 31-13, in a crucial make-or-break game:

NFL Films cameras were all over the place on Sunday in Buffalo. Secret's out. Should be a good one. https://t.co/iL7dKfASCZ

The show will debut next year, either in the spring or the summer, according to the Daily News. Previous editions have debuted in early-to-mid July, according to IMDB pages.

Ideally, the series will provide a unique window into the way Eagles head coach Doug Pederson — and Wentz and Jenkins, who called a players-only meeting — weathered the storm ahead of the Bills game, along with whatever else unfolds as the Eagles hunt a playoff spot.

I admittedly haven't watched Amazon's previous series, which covered the Cowboys, the Cardinals, the Panthers, and the Rams, but PhillyVoice sports editor Evan Macy raised the potential of this ending up as "one long commercial" once the league and the team have their say about what makes the cut.

Eagles president Don Smolenski said he's unsure how much involvement the team will have in the final product.

Interestingly, the decision to be featured in Amazon's fifth installment wasn't the Eagles' to make, according to the Daily News. No team volunteered, so the NFL chose the Eagles.

Whatever happens, you can bet Eagles fans will be firing up Amazon Prime Video the second the series drops to learn even more about the city's most talked-about team.