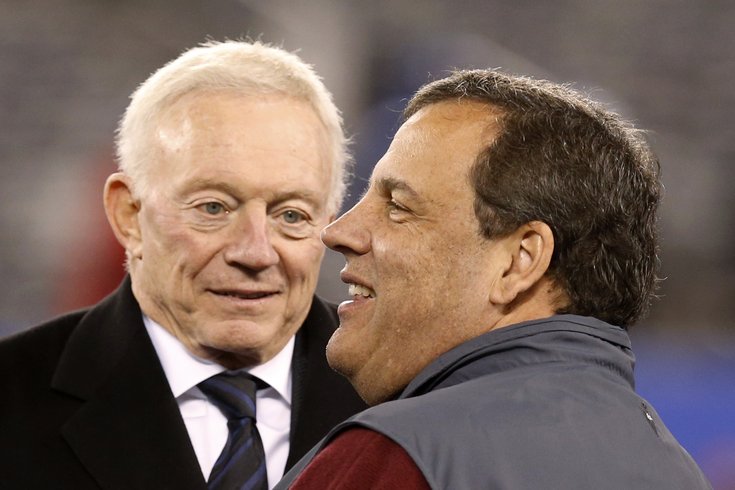 Remember when the Cowboys were good for five minutes last year and Chris Christie was interested?

Week 8 of the NFL season is in the books. We have no new obituaries, but we may have to acknowledge that we previously killed off a team too early. Here's this week's NFC Hierarchy/Obituary:

Graveyard note: We killed off the Saints after they looked like straight trash in a loss to the Eagles, which brought their record to 1-4. They've since won three straight, while the Falcons and other wildcard contenders have faltered. We're not going to pull them out of the graveyard just yet, but they have our attention.

As we noted earlier this week, the Eagles have an opportunity to all but finish off the Cowboys, which we'll re-post here for your convenience:

A loss to the Eagles this Sunday would send the Cowboys to a 2-6 record, which has not exactly worked out so well for other 2-6 teams over the last 25 years. Here's a chart from fivethirtyeight.com, showing the percentage chance to make the playoffs for each possible record (not including ties): Following this Sunday's game against the Eagles, four of the Cowboys' next five games are on the road, including a trip to Lambeau Field, where Aaron Rodgers recently had a streak of 49 straight TD throws without an INT snapped. Their lone home game during that stretch is against the 7-0 Carolina Panthers.

Like the Eagles, the Redskins sat back and watched both the Cowboys and Giants lose tight games. The Cowboys of course couldn't play offense, while the Giants couldn't play defense.

Each of the NFC East teams are going to take a beating from the Patriots this year. This week it's the Redskins' turn.

Earlier this week, I posted five reasons why the Giants' defense is hot burning garbage, which I'll simply re-post here for your convenience:

2) On the season, the Giants are allowing 428.3 yards per game. They are on pace to allow 6,852 yards, which would be the second-worst total in NFL history. The worst was the 2012 Saints, who allowed 7,042 yards. Both defenses are/were led by Steve Spagnuolo.

3) The Giants are dead last in the NFL with nine sacks, which puts them on pace for 18 on the season. Excluding strike-shortened seasons, that would tie them for the seventh-lowest sack total in a season since the NFL starting tracking sacks in 1982:

And this is the team that is leading the NFC East.

Hopefully the Eagles learned how to throw and catch during the bye week.

The combined point differential of the teams the Falcons have faced so far this season is -150. In the last three weeks, they've lost to the Saints, barely squeaked out a 10-7 win over a hapless, Mariota-less Titans team, and lost to the Buccaneers.

This week they'll face the starting debut of Blaine Gabbert in San Francisco. It will be the fourth time the Falcons have gotten to face a backup QB this season. Previously, they faced Brandon Weeden, Ryan Mallett, and Zach Mettenberger.

I'm beginning to smell a fraud.

I kinda feel like I can see how the playoff race is going to go near the end of the season. The Seahawks are going to sneak in as the 6 seed, and the division winner that ends up not winning enough games to get a first round bye is going to be stuck with Seattle in the wildcard round and get bounced.

If I may play Captain Hindsight here for a moment: 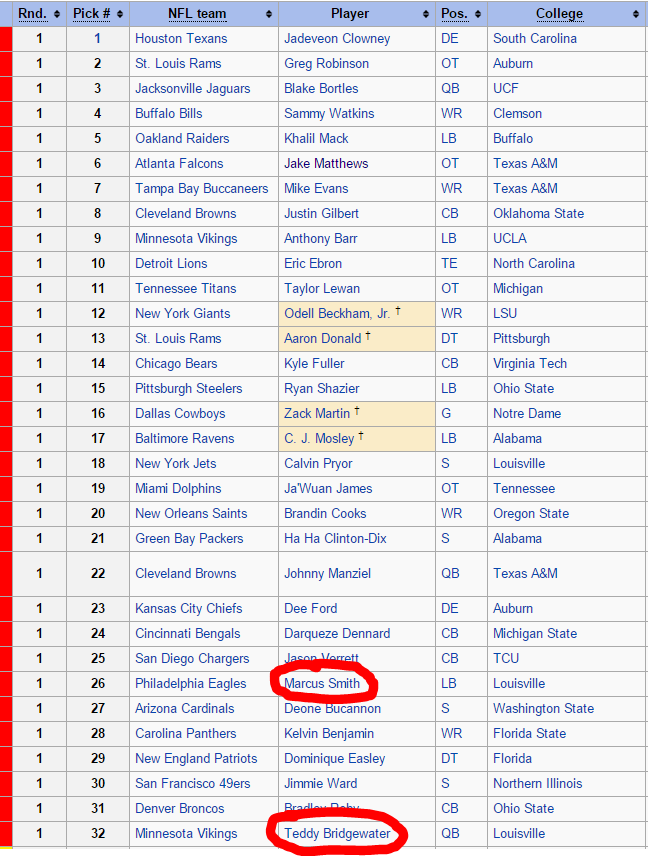 In the last three games, the Panthers have turned the ball over eight times, and have still found ways to win. There are four 7-0 teams (Panthers, Patriots, Broncos, and Bengals) for the first time in NFL history, with the Panthers being the lone remaining undefeated team in the NFC. Next Sunday they host Aaron Rodgers and the Packers, when they'll have a chance to make an early claim for a first-round bye.

OK, so I don't know what Aaron Rodgers' ancestry is, but the Russian's cut!

Pennsylvania reopens online liquor sales, then site quickly shuts down due to overwhelming number of orders