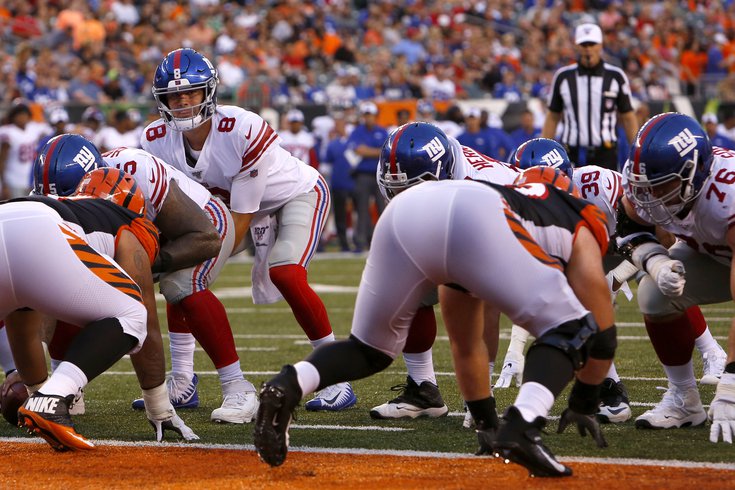 The Philadelphia Eagles can't disappoint their fans this Sunday, at least on the football field anyway, as they'll host the Seattle Seahawks Week 12 on Monday Night Football.

On Thursday, the Eagles lost their NFC East lead, which they have held since after Week 4 this season, when the Washington Football Team beat the Dallas Cowboys on Thanksgiving. The updated NFC East standings:

MORE: Playing Jalen Hurts more is the right move, but Eagles are doing it the wrong way | Eagles-Seahawks injury report, with analysis | Week 12 NFL picks: Rounding up the experts' predictions for Eagles vs. Seahawks

For those of you who still care about the Eagles' chances of winning the division, the only NFC East game on the docket this Sunday is the New York Giants' matchup with the Bengals in Cincinnati. Currently, the Eagles remain the division favorites, according to TheLines.com, but that could change after this weekend. For the rest of you who are already embracing the tank, be sure to check out our Week 12 Eagles rooting guide.

Feel free to discuss the full slate of games in the comments section below and follow along in our live tracker.