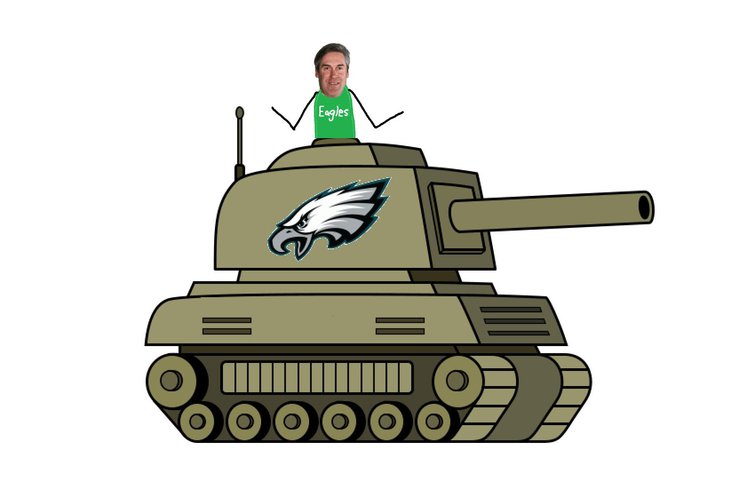 For the first time since their win over the San Francisco 49ers way back in Week 4, the Philadelphia Eagles have surrendered first place in the pathetic NFC East, even if only by percentage points, to the Washington Football Team, who handily beat the Dallas Cowboys on Thanksgiving.

First, an updated look at the standings:

All season long, we have mapped out the ideal winners for each of the games around the NFL, as they applied to the Eagles' chances of making the playoffs, and the success they might have once they got in.

If you still hope the Eagles win the division — they're technically still the favorites, according to TheLines.com — then you want the Giants to lose this week (duh). I don't think much more needs to be said about it, and worrying about who their first round opponent might be, should they get in, feels like a waste of time. So we're not going to do that.

Instead, now that the Eagles are no longer in the divisional lead, we can actually see "Philadelphia" in a top 10 positioning in the 2021 NFL Draft. Friends, get to know Tankathon.com, if you don't already from years of Sixers tanking. Here's a screenshot of the projected draft order. 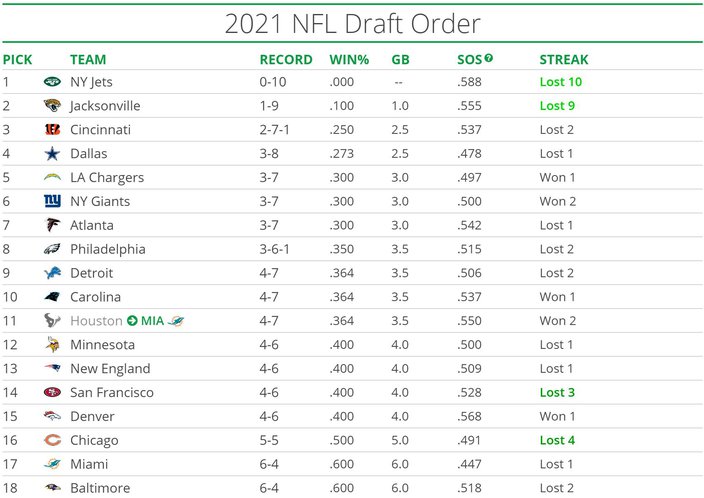 Every other team currently ahead of the Eagles in the draft order is one win away from passing them, should the Eagles lose the rest of their games. This even includes the Bengals, who would "lose" the tie-breaker to the Eagles for better draft positioning, since the team with the weaker strength of schedule, in this case the Eagles, is rewarded with the higher pick. Of course, the Bengals are now without Joe Burrow for the rest of the season, so they may not have any wins left in them.

In other words, the best that Eagles fans can hope for is the No. 3 overall pick, that is if you are hoping that they just completely go in the tank. And so, it's best if the following teams win as many games as possible the rest of the way:

And then it would also be helpful from a draft positioning perspective if the four-win teams (the Panthers, Texans, Vikings, Patri*ts, 49ers, and Broncos) also won some more games to create a little bit of a buffer.

So let's look at the games this week, ideal winners bolded. Odds, as always, are courtesy of TheLines.com.

• Giants (-6) at Bengals: I think it's best if the Giants win this one, just to put one more team in front of the Eagles in the NFC East, and then you just hope the Bengals figure out how to win another game or two (even if unlikely) the rest of the way.

• Panthers at Vikings (-3): The Vikings are more likely win games than the Panthers the rest of the way, so it's best for the Panthers to get wins while they can.

The rest of the games... who cares?