NHL Draft: Live updates and latest rumors from the first round 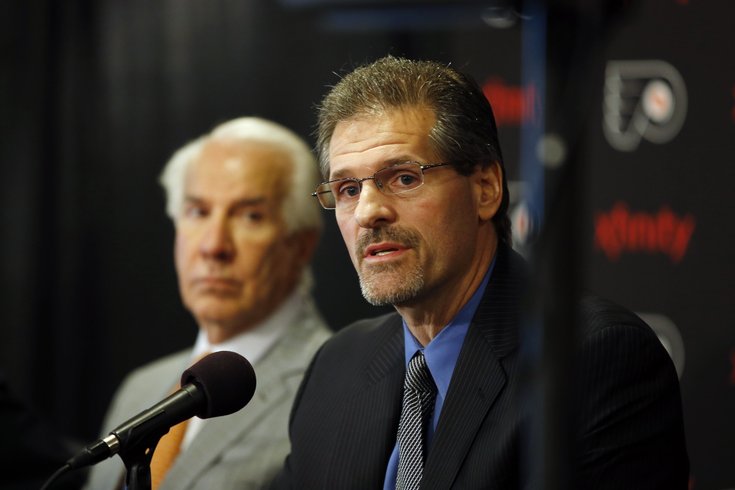 With sports fans in the Delaware Valley still recuperating from Thursday night's NBA Draft, there's little turnaround time to shift focus and get ready for the NHL Draft, which begins Friday night in Sunrise, Fla.

The Flyers have two picks in the first round (Nos. 7 and 29) and there've been no shortage of rumors about general manager Ron Hextall will do between now and when the first pick is made shortly after 7 p.m.

Here's a look at some of the latest rumors involving the Flyers:

Provorov may be off the board

On Thursday, in our mock draft roundup, I pointed out that the majority of local writers had the Flyers picking 18-year-old defenseman Ivan Provorov of the WHL with the seventh pick overall.

Here's what EliteProspects.com has to say about the young Russian:

An offensively gifted defenceman who can direct the game's pace when the puck is on his stick. Provorov is a quick and agile skater with an accurate release on his shot, which he can get off anywhere below the blue line; creates many chances on the power play and can even create offense during the penalty kill. Is an adroit and creative passer who knows how to use his teammates well. All-in-all, a complete defenceman who knows how goals are scored and executes accordingly. [More...]

Now, however, it seems like he could be unavailable when the Flyers pick.

Most of the teams interested in getting the No. 3 pick want it to draft a D, either Noah Hanifin or Ivan Provorov.

If that's the case, the Flyers could go another route and add some wing help. They're said to like forwards Mikko Rantanen (RW, TPS Turku/Finland) and Lawson Crouse (LW, Kingston/OHL).

Provorov. If he's gone (and his stock has risen immensely), then Rantanen or Crouse. Marner won't be there. https://t.co/VDiKqUGPK4

In fact, Crouse and Rantanen were popular picks by national writers, like Zach Hopkins of The Hockey Writers, who went as far as to say Crouse could be the next Eric Lindros:

Crouse is a power left winger who possesses impressive fore-checking abilities as well as a unique offensive skill set for a big man. He could be a fit on a line with center Sean Couturier who would surely benefit greatly from the open ice Crouse would create. With the proper development, he could be Philadelphia’s next Eric Lindros.  [More...]

But if the Flyers really want Provorov, as Daily-News-writer-turned-TSN-columnist Frank Seravalli wrote earlier this week, then they still have an option...

Will the Flyers make a trade?

If you re-read the above Bob McKenzie tweet under this header, it suddenly means something completely different.

The Flyers -- like the Sixers on Thursday -- are flush with picks. They have at least one pick in all seven rounds and have two picks in the first, third and fourth rounds. Their blue line is crowded as is, so in addition to a package of picks, the Flyers could include a player to sweeten the deal if they hope to move up to three to land Provorov.

And when asked which players the Flyers could move today, Sam Carchidi of the Inquirer offered up a pair of defensemen, which would make even more sense in a deal to draft a top two-way defender that some scouts believe is NHL-ready, despite the fact that he's just a teenager.

Grossmann in play. So, I believe, is L. Schenn. https://t.co/1mZcmnx6Oi

The Flyers parted ways with their goalie coach this season, and they may be locked on to a replacement:

Looks like Maple Leafs are out on Kim Dillabough as their goalie coach. Flyers are now favorite to land him. #tvasports