On 97.5 The Fanatic, host Anthony Gargano said the outfielder will buy the Moorestown property that was listed for sale for $5 million 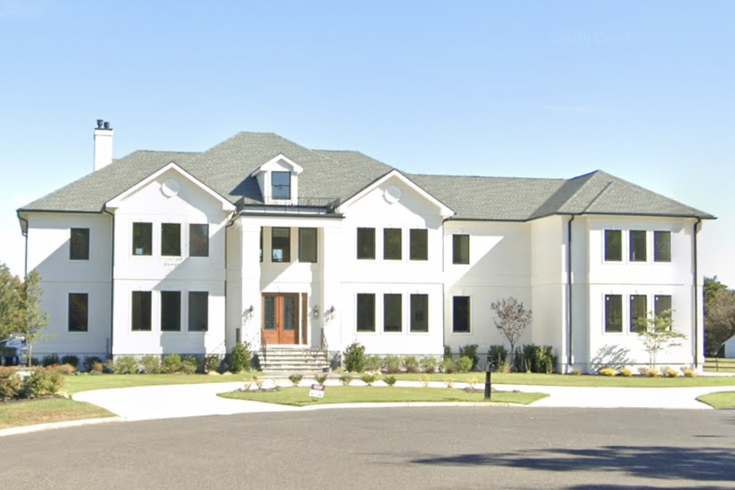 Former Sixer Ben Simmons listed his Moorestown, New Jersey home for sale in the fall of 2021, as he prepared to cut ties with the team and the Philadelphia region. There is speculation that Philadelphia Phillies new outfielder Nick Castellanos be the property's next owner.

If Ben Simmons has left some kind of cosmic curse on everything he's touched in the Philadelphia region, it sounds like new Phillies outfielder Nick Castellanos had better watch out.

According to 97.5 The Fanatic's mid-day host Anthony Gargano, Castellanos is buying Ben Simmons' mansion in Moorestown, New Jersey. Here's a clip from the Cuz's show this afternoon.

Nick Castellanos is the new owner of Ben Simmons house (via @975Middays)
pic.twitter.com/NPRXZLIiFI

It's not uncommon at all for Philly athletes to set up their personal lives in South Jersey, and sometimes real estate relationships facilitate transactions of properties between high-profile clients. This is definitely conceivable, even if it seems a little foreboding.

Simmons was traded to the Brooklyn Nets in February but had listed the Moorestown home for sale as early as last October, with a $4.99 million price tag. As of Wednesday afternoon, listing sites, like Realtor.com, Zillow and Trulia, still had the property listed at its original price and had not updated the property's status to reflect the potential pending sale. Then again, there are a lot of details to iron out between a deal getting done in principal and the sale closing.

This tongue-in-cheek tweet from Castellanos' wife, Michelle, strongly suggests the rumor may be true.

The Moorestown home, built in 2019, has five bedrooms and six bathrooms and sits on a 1.78-acre property at 9 Miller Court in the Burlington County township.

Simmons' real estate agent shared a bunch of photos of the residence on Instagram last fall.

The home was designed by Philadelphia-based firm Widell and Boschetti, which used a black and white color scheme with an open-room concept, an article published in October by Architectural Digest says. It features a wine wall, a formal dining room and wet and dry bars. The large basement includes an aquarium, a private game room and a dedicated candy room.

In the house's game room, Simmons had hung a neon sign that read "Simmo the Savage," a reference to his avatar as a member of the FaZe Clan collective.

“Simmo the Savage” in green neon in Ben Simmons Moorestown home, just listed for sale this afternoon for $5M. Ben Simmons house just a yard over from next street where Terrell Owens lived when he was sent home from training camp&then worked out in front of media @FOX29philly pic.twitter.com/MTUaRfmqDP

In 2020, Simmons gave SLAM magazine a tour of the property.

Ominously, the property is not very far from the former Moorestown residence where Terrell Owens famously did sit-ups in his driveway during his fallout with the Eagles.

Simmons purchased a $17.5 million mansion last year in a gated community in greater Los Angeles that's popular among wealthy celebrity types. Simmons also had listed his apartment at the Ritz-Carlton in Philadelphia for $3.1 million last year.

Meanwhile, Simmons has filed a grievance against the Sixers to try to make a case for collecting nearly $20 million in salary he lost as a result of his holdout in Philadelphia. Simmons hasn't played a game yet for the Nets as he recovers from a lower back injury suffered after being traded to the Nets.

Should Castellanos – and Phillies fans – fret about any association with Simmons' disappointing legacy here? No, probably not. That's a sweet house. Instead of thinking about what Simmons left there, consider the good life Castellanos can bring to it.

In any case, Castellanos doesn't appear to be at all like Simmons. He's been pretty down-to-earth in all of his interviews since joining the Phillies and seems like a good cultural fit for Philadelphia.

Plus, he signed a five-year contract in Philadelphia, so ... well, hmm, wait a minute. Nah, it'll be fine if that's his new pad.