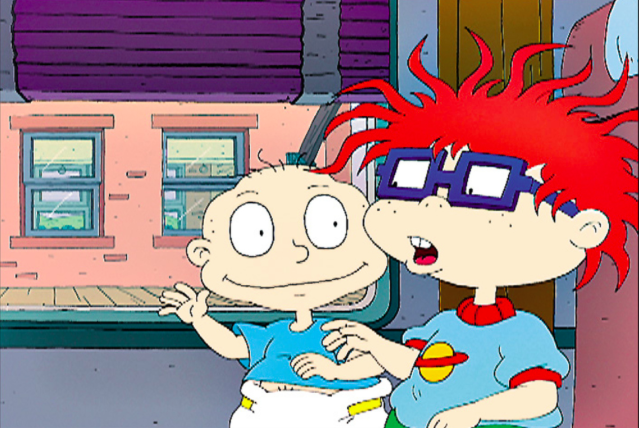 Tommy Pickles and Chucky Finster in a scene from Nickelodeon's 'Rugrats,' which aired from 1991-2004.

The heyday of Nickelodeon was a period of training for millennials to learn how to handle the heavy binge watching necessary to plow through seasons of "The Wire," "Breaking Bad," "Game of Thrones," "House of Cards" and so on.

Despite all of the alarming reports during the 90's about the number of hours kids spent glued to the television, Nickelodeon at that time at least had shows that touched on morality and supported campaigns like 'The Big Help,' which influenced a generation of now service-minded adults.

As a gracious nod to Gen Y, the network is reportedly mulling several comebacks for classic shows such as "Rugrats," "Hey Arnold," "You Can't Do That on Television," and "Victorious," according to Variety, who spoke with Nickelodeon's president of content and development, Russell Hicks.

"We are looking at our library to bring back ideas, shows that were loved, in a fresh way," said Hicks.

While the network is not spilling specific details just yet, the idea would be to retool the classics in formats like movies and specials rather than resurrect them as full-blown series.

Variety offers several hypothetical plot advancements that would help make the shows relevant to today's viewers, such as Doug Funnie navigating social networks and mobile devices to continue the show's theme of how to overcome bullying.

That could be great, or it could be like the original, when by the fourth viewing of an episode it became difficult not to change the channel just as poor Doug faced yet another mortification only Porkchop could help him live down.

If anything, Doug, who kept a journal, would make a great interviewer for a Beets documentary.