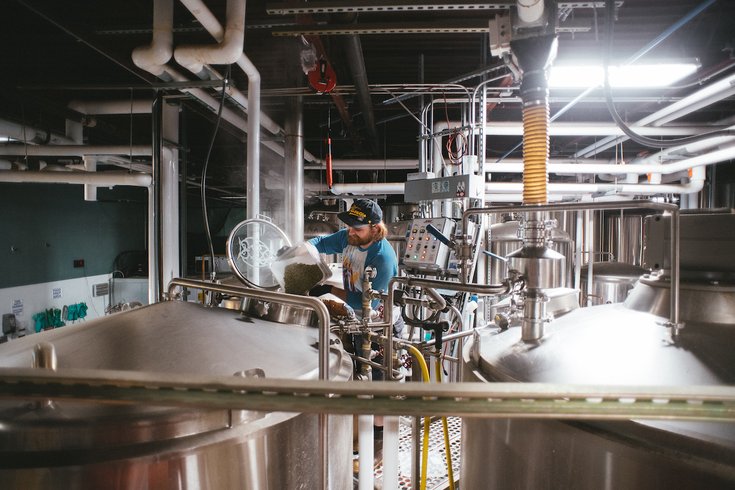 The Boston-based Night Shift Brewing is expanding into the market with a 130,000 square foot brewery and distribution center planned for Roxborough.

It feels like Philadelphia's buzzing brewery scene is growing every single day, and now, a company from an entirely different region wants to sell its beer to the city's drinkers.

Night Shift Brewing, a Boston-based brewery which was founded in 2012 and has since seen its brand explode, is set to bring a sizable, 130,000-square-foot brewery and distribution center to Roxborough, according to the Boston Globe.

The hope, according to the company, is to open the $10 million facility at 401 Domino Lane, where Penn Beer used to operate, by the end of 2020.

The expansion marks Night Shift's first move outside of Massachusetts.

2019 has been a wild ride. Thanks to all our thirsty fans, we opened Lovejoy, launched coffee, and today announce our new Philadelphia brewery. With an Everett expansion also in the works, that’s three new brewhouses in 12 months! Hard to believe this all started with a 15 gallon homebrew kettle. Love y’all. Globe article in bio with all the Philly deets.

The company's entry into Philadelphia isn't totally random: founders Mike O'Mara and Rob Burns grew up in the Philadelphia area, according to the Globe, and O'Mara attended then-Philadelphia University after high school.

Even without the local roots, though, it's not surprising that a brewery from out of state would be interested in Pennsylvania's thriving beer ecosystem. The state ranks first in barrels of craft beer produced each year, second in craft brewery-based economic impact, and sixth in total craft breweries, according to the Brewers Association.

Interestingly, it seems the Boston-area and Philly-area beer scenes are starting to cozy up to each other. Earlier this year, Delaware's homegrown success story Dogfish Head merged with Sam Adams owners Boston Beer in a $300 million megadeal.

As long as they don't start brewing beer made with Sheetz muffins, like Philly's own Evil Genius, they should be welcomed into the city with open arms.