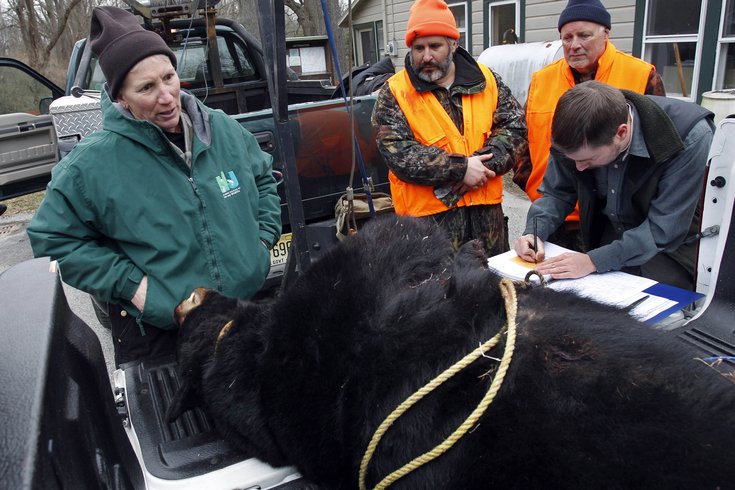 New Jersey officials have proposed a second bear hunt for October 2016, explaining that the annual December hunt has not done enough to control the state's black bear population, NorthJersey.com reports.

The proposal by the New Jersey Fish and Game Council on Tuesday is the result of a rise in serious encounters between bears and people in 2014. In September, a man was attacked and killed by a black bear in West Milford.

While animal rights activists have expressed disappointment, local hunters are praising the motion.

“It’s a good move to have a hunt before the bears den up,” Dick Webber, former president of the Passaic County chapter of the New Jersey Federation of Sportsmen’s Clubs, told NorthJersey.com. “The winters keep getting worse so you have fewer bears out there during the December hunt.”

The Fish and Game Council wants to continue the annual six-day firearm hunting season that begins this year on Dec. 7. The October 2016 hunt would take place over six days -- three days for bow hunting only and three days for bows and muzzle-loading guns. Hunters will be allowed to kill one bear in each of the hunting periods.

State officials said poor weather and a more wary bear population have dropped the number of bears killed from 592 in the first hunt to less than 300 in subsequent years.

While previous hunts have taken place mostly in areas north of Route 78 and west of Route 287, the proposal would expand hunting areas to include a “small additional portion of Passaic County,” which was later identified by officials as encompassing Wayne, Pompton Lakes, Bloomingdale and Wanaque.