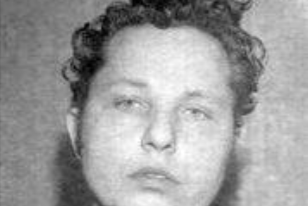 Mugshot of Robert Zarinsky, a suspected serial killer who authorities say was linked to the death of 18-year-old Mary Agnes Klinsky in September 1965.

More than 50 years after 18-year-old Mary Agnes Klinsky was found dead by a Garden State Parkway road crew new Holmdel, officials with the New Jersey State Police and the Monmouth Police Department say they have linked DNA evidence from the crime scene to Robert Zarinsky, a suspected serial killer who was convicted of another murder in 1969 and died in 2008 while awaiting trial for a third homicide.

In a Facebook post Wednesday, New Jersey State Police announced that a recent analysis of evidence by its Office of Forensic Science confirmed the samples matched Zarinsky's profile. Klinsky, a senior at Raritan High School at the time of her murder, was found dead on Sept. 16, 1965. An autopsy revealed that she died as a result of multiple skull fractures inflicted by blunt force trauma to the head. Evidence also suggested that she was sexually assaulted before her murder.

In the decades after Klinsky's death, investigators questioned several suspects and witnesses, but ultimately cleared them all. Without the technology to detect and match DNA profiles, the case went cold.

"Our detectives never quit," the New Jersey State Police wrote Wednesday. "Sometimes they have to put a cold case down to investigate another, but they always pick them back up."

Zarinsky, of Linden, was first convicted of murder in 1975 in the death of 17-year-old Rosemary Calandriello in 1969. He was indicted for the murder of 13-year-old Jane Durrua, of Keansburg while serving a life sentence for the murder of Calandriello. Separately, he was considered a suspect in the murders of Linda Balabano, Ann Logan and Joanne Delardo. He died in 2008 at Bridgton's South Woods State Prison.

Police said that in light of the new evidence, corroborative evidence was used to establish a motive and Zarinsky's whereabouts at the time of Klinsky's death. The investigation, whose purpose was in part to provide closure for the family, was carried out in conjunction with the Monmouth County Prosecutor's Office.