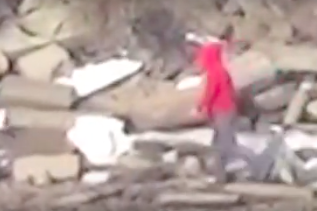 A New Jersey teenager has been charged with animal cruelty after he allegedly violated the accepted standards for humanely euthanizing pigeons used in a shoot held by a suburban Philadelphia gun club.

The 17-year-old boy, who is not being identified because of his age, was hired by the Bensalem-based Philadelphia Gun Club to euthanize the pigeons following a shoot held on January 30, according to ABC News.

Showing Animals Respect and Kindness (SHARK), an animal welfare group, filmed a person wearing a red hoodie as he tossed rocks at the injured pigeons, threw them around and poked at them as they lay dying. (Warning: The video below contains disturbing footage of the incident).

Authorities say the Bridgeton, New Jersey teen was identified by gun club members after SHARK posted its video on YouTube.

A lawyer representing the Philadelphia Gun Club says the organization is cooperating fully in the investigation.