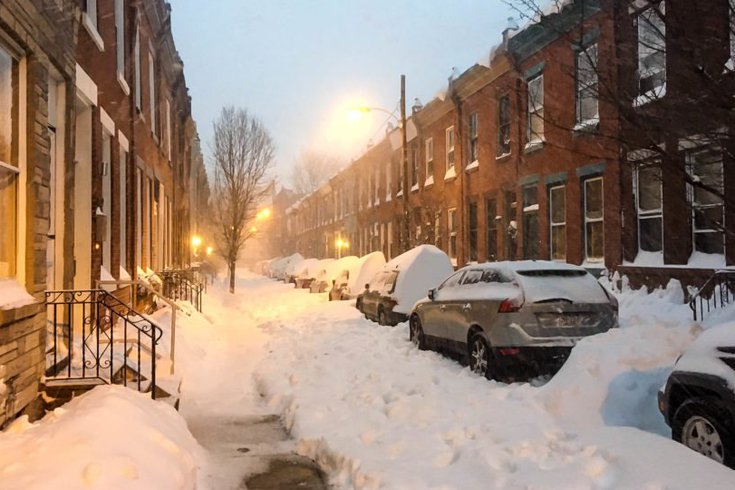 The winter storm heading to the Northeast could delay the deliveries of Pfizer's recently approved COVID-19 vaccine.

Deliveries of Pfizer's COVID-19 vaccine could be delayed due to a major snow storm set to hit the Northeast this week.

The first batches of vaccine started arriving every state across the U.S. on Monday, and 2.9 million more doses are expected to ship in the next few days — just in time for a major nor'easter. FedEx and UPS may have to switch up their plans to ship the long anticipated vaccine to certain areas, CNN reported.

The storm could impact the delivery of the 13,650 vaccinations Philadelphia is expecting to receive in the next week, and the 97,500 doses set to arrive in the rest of the state.

Operation Warp Speed's Gen. Gustave Perna said some vaccine is already being held in "safety stock" in case of an emergency, like a delivery truck crashing or flight shipments being canceled due to inclement weather. This precautionary measure is meant to ensure that everyone gets the booster vaccination in time.

The storm will be at peak strength on Wednesday and Thursday, according to the National Weather Service, which issued a winter storm watch for the Philadelphia area on Monday.

The weather system will impact a large slice of the East Coast spanning from Virginia to Massachusetts, though as much as a foot of snowfall is predicted from Pennsylvania to southern New England. Areas north and west of the I-95 corridor are predicted to get up to five inches of snow. Philadelphia could see 3-10 inches of snow.

Wind speeds could be as high as 35 mph outside of the city as well, which could lead to power outages and hazardous travel conditions. This weather could severely impact travel in some of these areas and make delivering the vaccine a challenge, the National Weather Service said.

The Pennsylvania Department of Health will hold a briefing about the storm and its vaccine delivery plans on Tuesday afternoon. A spokes person for the department said Tuesday morning that department is working with several state agencies to solve the logistical challenges.

A FedEx spokesperson told CNN in an email that as of Monday, they don't expect "significant impact" to service.

"We have a team of 15 meteorologists monitoring conditions 24/7, and we have contingency plans in place should we see any severe weather," Shannon Davis, FedEX spokesperson, said.

UPS, which also has an in-house meteorological team, did not immediately return a call for comment to discuss it's storm delivery plans.

Vaccine shipments are set to leave the Mid-Atlantic and New England on Wednesday, just as the storm will hit those areas hardest. New York City could see up to 14 inches of snow. Some areas on the coastline could approach blizzard conditions, with winds reaching anywhere from 25 to 35 mph and gusts as high as 45 mph.

Pennsylvania officials issued guidance for residents to stay safe during the storm.

"Winter storms are deceptive killers because most deaths are indirectly related to the storm itself," the state said. "Risks include car accidents, hypothermia from prolonged exposure to the cold, heart attacks from overexertion, frostbite, carbon monoxide poisoning and more."

Officials say to pay attention to weather reports, stay off the roads when possible and keep your phone charged.