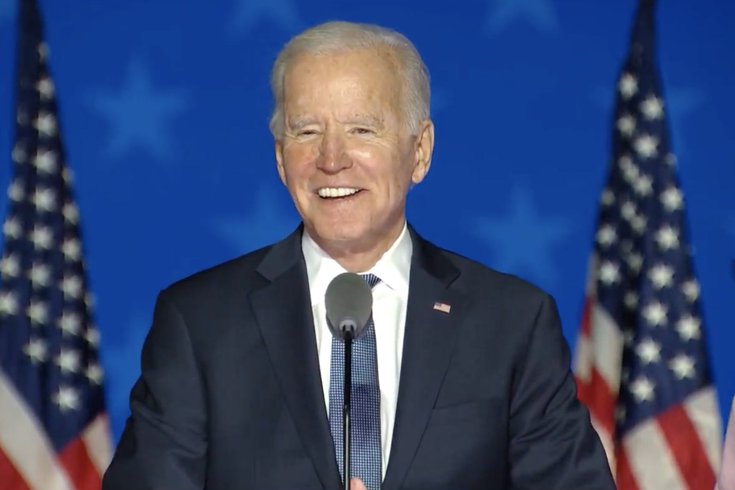 President-elect Joe Biden will speak at 7:30 p.m. ET from Wilmington Monday night and address the nation on the Electoral College vote count that confirmed his win of the presidential election.

President-elect Joe Biden deliver an address from his home state of Delaware tonight after receiving enough Electoral College votes to win the 2020 presidential election on Monday.

The national address will begin at 7:30 p.m. ET and take place in Wilmington. The topic of the speech is the "electoral college vote certification and the strength and resilience of our democracy," according to transcripts of the address released by the Biden-Harris transition team.

"If anyone didn’t know it before, we know it now. What beats deep in the hearts of the American people is this: Democracy. In America, politicians don’t take power — the people grant it to them," Biden is expected to say.

"The flame of democracy was lit in this nation a long time ago. And we now know that nothing — not even a pandemic —or an abuse of power — can extinguish that flame," Biden will likely add, according to PBS.

Viewers can watch the event on live television or online streaming from several news outlets, including CBS, PBS, NPR, NBC, and more.

Watch NBC's coverage of the Biden speech below:

Biden cleared more than the 270 electoral college votes needed to win the presidential election Monday, after electors in 50 states formally cast their votes.