Dave 'The Hammer' Schultz crushed the comedian's childhood request for an autograph, but helped give him a funny story to tell 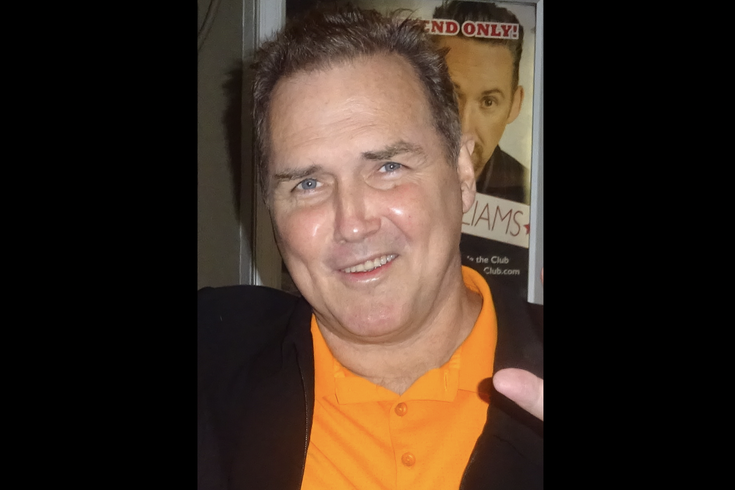 Comedian Norm MacDonald died Tuesday at 61 years old, robbing the comedy world of one its most enduring and unrelenting wits.

The Canadian stand-up was best-known for his dry delivery and observational talent, which he often used to test the limits of his own likability to stay true to the laugh – no matter how awkward he made things. His incredible, off-script hosting gig at the ESPYs in 1998 is among the most searing comedy crossover moments of the last generation and a huge middle finger to stodginess in the entertainment industry.

MacDonald also was a legend for his hilariously "bad good" role in the Bob Saget-directed 1998 comedy "Dirty Work," starring alongside Artie Lange and the late Chris Farley, with whom MacDonald was a breakout performer during their years on "Saturday Night Live."

MacDonald died of cancer after a nearly decade-long battle that he had resolved to keep private, Deadline Hollywood reported Tuesday. To the public, the suddenness of MacDonald's death made the news hit especially hard.

In the spirit of remembering MacDonald, let's take a look back at one of his lesser-known stories that he shared during an appearance on "The Howard Stern Show" in 2009. It involves Philadelphia Flyers great Dave "The Hammer" Schultz, a key enforcer on the Broad Street Bullies team that won two Stanley Cups in the mid-1970s.

Schultz had a reputation for being a gruff guy on and off the ice, but a young Norm MacDonald, about 8 or 9 years old, worked up the courage to approach Schultz in Montreal one night after the Flyers visited the Canadiens. It did not go well. (We won't summarize the clip below since the delivery is pretty essential to MacDonald's comedy).

The fact that MacDonald shared this story as an adult suggests it played a formative role in his sense of humor. It may have spooked him as a kid, but as years went by, MacDonald seems to have been happier to have the cigarette anecdote than the autograph.

Schultz, who is 71 and retired in Canada, may appreciate the impact he had on the making of young Norm MacDonald, if he ever comes across this.

Comedians and fans reacted to the news of MacDonald's death with grief and gratitude on Tuesday, acknowledging his contributions and kicking off what will surely be a period to revisit his moments of genius.

This photo was taken after I was a guest on Norm's show. At dinner the laughs just continued nonstop. He will be missed. RIP Norm Macdonald pic.twitter.com/DToJCUBdU2

Norm Macdonald was an irreplaceable voice in comedy. His commitment to jokes and unique perspective will inspire generations. pic.twitter.com/J1gEUd2HDr

Norm is the pinnacle of bravery and originality. 💔 https://t.co/UfeNoEUlUv

Oh fuck. I was a huge fan of Norm Macdonald and I essentially ripped off his delivery when I first started acting. I would stay up specifically to watch him on talk shows. He was the funniest guest of all time. We lost a comedy giant today. One of the the all time greats. RIP.

NOOOOO GODDAMIT. Oh my God what is even happening.

Good bye, Norm. You were never not 100% hilarious. https://t.co/loW3QsEjgW

Norm McDonald's bit on Germany and WWII is considered one of his best bits.

It nails all of his trademark humour and that trademark delivery. pic.twitter.com/CdmbaNJnCD

Norm McDonald dancing with a cheese burger on his head is one of my favorite clips from Billy Madison RIP pic.twitter.com/UgLpxcElnx