Your normal body temperature can range – here's when to be concerned

Experts say 98.6 degrees is not the magic number for everyone 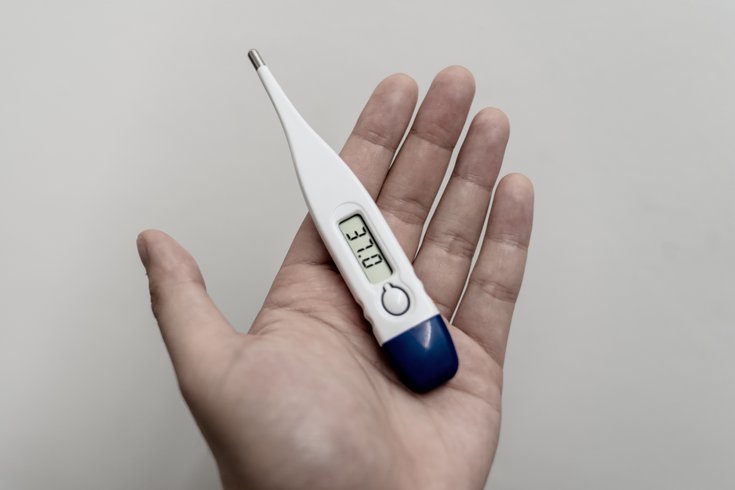 Temperature checks by businesses and schools have grown common during the COVID-19 pandemic to mitigate spread of the coronavirus, but experts say that a temperature check alone is not the most effective way to spot an infected person.

Since the mid-1800s, 98.6 degrees Fahrenheit has been considered the normal human body temperature, but doctors say that this a bit of a misnomer.

Normal body temperature actually ranges between 97 and 99 degrees. And some people even fall out of this range and are still perfectly healthy.

During the COVID-19 pandemic, people are watching their temperatures more closely than usual, but medical experts say not to worry if your temperature is a few degrees lower or higher than 98.6 (or 37 degrees Celsius).

Dr. Waleed Javaid, the director of infection prevention and control at Mount Sinai in New York City, told CNN that "not a lot of people in this world right now know what their normal body temperature is or how much it varies normally."

How did 98.6 become the gold standard?

The German doctor Carl Wunderlich is credited for introducing 98.6 degrees as the standard body temperature. He came to this conclusion after analyzing more than 1 million armpit temperatures from about 25,000 patients.

Since then, however, research has shown that normal body temperature is more of a range. An analysis of 20 studies between 1935 and 1999 found that the average oral temperature was 97.5 degrees.

More recent research even suggests that normal body temperature might be getting cooler over time.

The average body temperature fell by more than one degree over that 157-year span. And this stayed true even when factoring age, gender, body size and time of day – all variables that can affect body temperature.

Changes in body temperature aren't always the result of an infection.

A person's body temperature actually tends to range, experts say. It could be lower in the morning and higher in the evening.

There are many different factors that can influence body temperature. Personal biology, age, gender and certain medications, like anti-inflammatory drugs prescribed for autoimmune diseases, have an effect.

Weather, heat stroke, exercise and the method for taking a temperature also have an impact. Oral and rectum readings are considered more accurate ways to measure body temperature than forehead or ear readings.

If you aren't sure what your normal body temperature actually is, tracking it for a few days can give you a good baseline.

Take your temperature three times each day – morning, noon and evening – for a few weeks at the same exact time. Then average your temperatures for each part of the day. You also can ask your doctor for your average temperature according to his or her readings over time.

When to worry about your temperature

According to the U.S. Centers for Disease Control and Prevention, a temperature of 100.4 degrees or greater constitutes having a fever.

When a pathogen like the coronavirus enters the body, the immune system turns up the heat to fight off the invader. That is why a spike in body temperature is often a sign of an infection, medical experts say.

A fever often is accompanied with other symptoms like sweating, chills and shivering, headache, muscle aches, loss of appetite, irritability, dehydration and general weakness, according to the Mayo Clinic.

Ever wondered why you often get the chills with a fever? It's because the body changes its internal temperature set point higher.

While temperature checks by business and schools have become common mitigation strategies during the COVID-19 pandemic, experts say that a temperature check alone is not the most effective way to spot an infected person. Many people who test positive for COVID-19 never develop a high fever and some don't develop any discernible symptoms at all.

Medical experts say that it is important to note that a lower than normal body temperature also can be a warning sign of a serious issues.

Hypothyroidism, a condition in which the thyroid gland doesn't produce enough hormones to keep the body running normally, can lead to a drop in body temperature.

So can hypothermia, a body temperature of 96 degrees. Such a low temperature can be caused by cold weather exposure but also by other factors like age and certain medications.

Remember that a normal body temperature is vital to your health – that’s why it’s among the "vital signs," along with blood pressure, heart rate and breathing rate routinely checked by your doctor.