Girl, 14, in custody in connection to death of Northeast Philly animal rescuer 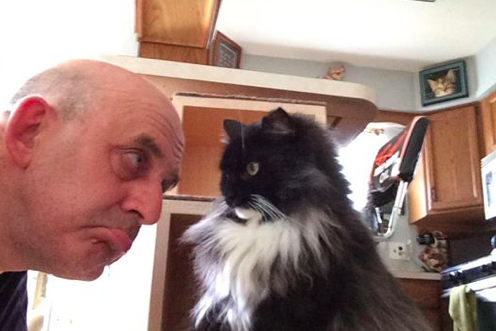 A 14-year-old girl has been charged by Philadelphia police following the death of a 60-year-old man found badly wounded and partially tied up at his Rhawnhurst home on Tuesday, authorities said.

The girl turned herself in to authorities last Thursday night, police said. She was charged Monday with murder, robbery, tampering with evidence and related offenses.

Al Chernoff, 60, was found dead at his home in the 8400 block of Algon Avenue just before 3 a.m. When police arrived, Chernoff was partially tied to his bed and had wounds to his head and chest. He was pronounced dead at the scene.

Police released surveillance video from inside Chernoff's home that shows a possible suspect present around the time of his death. (Note: The video was removed from the Philadelphia Police Department's YouTube page after this article was published Friday morning.)

Chernoff worked for the local animal rescue group ACCT Philly, which mourned his loss in a Facebook post.

"Rest in Peace Al Chernoff," the group said. "May you be surrounded by your feline friends at the rainbow bridge and may you find peace."

A GoFundMe campaign for Chernoff had raised more than $15,400 by late Friday afternoon.