Northern lights could be visible from Philly this weekend: Here's how to watch 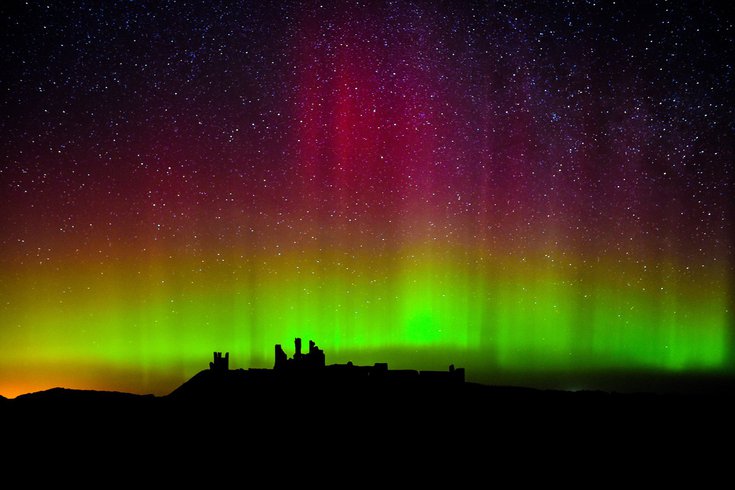 The northern lights could be visible from the Philadelphia area this Saturday night after a massive solar flare sent shockwaves and solar plasma to earth.

If you're in the northeastern United States, you could see the aurora borealis light up the night skies this Halloween weekend.

While the region typically does not see the Northern Lights, the sun had a major "X-class" solar flare Thursday that sent out a pulse of energy followed by a cluster of solar plasma that could create the light display, the Washington Post reported.

That means states as far south as Pennsylvania, Iowa and Oregon could experience a stunning light show in the skies on Saturday.

Solar flares typically are detected after they happen and cannot be forecasted. An "X-class" flare is the most significant classification

NOAA's Space Weather Prediction Center also warned of a possible geomagnetic storm that could hit Earth Saturday. These can cause interference with high-frequency radio activity and GPS systems.

A CME associated with Thursday's solar flare is expected to reach earth tomorrow. A G3 (Strong) Geomagnetic Storm Watch is in effect for Saturday and Sunday, and may drive the aurora over the Northeast, to the upper Midwest, to WA state. Check https://t.co/WeNidVVNv6 for updates. pic.twitter.com/GOvR3a8AJX

This isn't the furthest south the lights have been seen. In 2003, the aurora borealis were visible in Texas and Florida.

How to watch the show

The northern United States could see the northern lights late Saturday night into Sunday morning, as far as 100 miles south of the Canadian border.

The skies across the northeast may be covered in clouds due to a weather system passing through, but astronomers say it's still worth trying to catch the show.

In Philadelphia, scattered showers are forecasted Saturday night, which could make it difficult to view the lights. It will remain mostly cloudy, but is expected to clear up into Sunday morning, according to the National Weather Service.

To view the lights, find a patch of land that offers an unobstructed view of the northern horizon. If you can see the stars, you're in a good spot that isn't experiencing too much light pollution. Cameras can also detect the lights before the human eye can.

If you miss the lights or cannot see them, there's a chance they could come back later this season. Earth is entering solar maximum — a period of increased solar activity — and more aurora borealis events are likely.