What you need to know about Ford Field's COVID-19 vaccine policy and tailgating options, as well as the weather forecast and Halloween activities 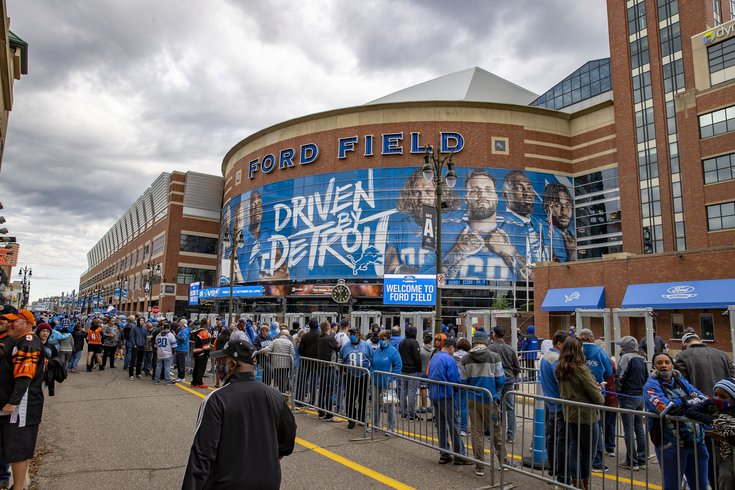 Many Eagles fans are expected to travel to Ford Field in Detroit for Sunday's game with the Lions. Below is information on COVID-19 protocols at the stadium, the weekend weather forecast, tailgating information and entertainment options for Halloween in Detroit.

The Philadelphia Eagles are on the road again to play the Detroit Lions in Week 8. While it's easy to make the argument that last week's game in Las Vegas is a more attractive destination for a weekend getaway, fans traveling to Detroit are more likely to see the Eagles win – at least theoretically.

It's also definitely possible the Lions will hand the Eagles an even more embarrassing defeat than the loss to the Raiders.

Kickoff on Sunday at Ford Field is 1 p.m., Eastern. The 2-5 Birds will seek to snap their two-game losing streak against an 0-7 Lions team that has the inside track at earning the No. 1 pick in the 2022 NFL Draft.

Sunday's game marks the fifth time that the Eagles and Lions have faced each other at Ford Field since the domed stadium opened in downtown Detroit in 2002. The Birds are 2-2 in their previous four road meetings against the Lions, having lost their last two contests in Detroit in 2015 and 2016. The Eagles have not won a game in the Motor City since 2010.

The Lions are the only winless team left in the league and are coming off a road loss in Week 7 against the Los Angeles Rams. The organization is in the midst of a full-scale rebuild after hiring new head coach Dan Campbell and general manager Brad Holmes in the offseason, as well as trading away quarterback Matthew Stafford.

The team last finished a season with a winning record in 2017 and has not been to the playoffs since 2016.

Eagles fans attending Sunday's game have much to consider for their trips to Detroit – from tailgating options to entertainment and some local COVID-19 guidance they may have to follow over the course of the weekend.

We've got you covered with the information you'll need to make the most of your Halloween weekend in Detroit.

Vaccinations not required at Ford Field; neither are masks but those are recommended

Fans attending the Eagles-Lions game in Detroit on Sunday will not need to show proof of COVID-19 vaccination to be permitted inside Ford Field.

The Lions are offering free masks at guest services booths throughout the stadium.

COVID-19 cases may be starting to drop after rising for the last three months. The state is averaging about 39 daily cases per 100,000 people – the 11th highest rate in the United States, according to the New York Times. By contrast, Pennsylvania and New Jersey are averaging 30 and 15 cases per 100,000, respectively.

Ford Field also is now a cashless venue in an attempt to make services touchless. Fans can pay with a credit card or mobile device. 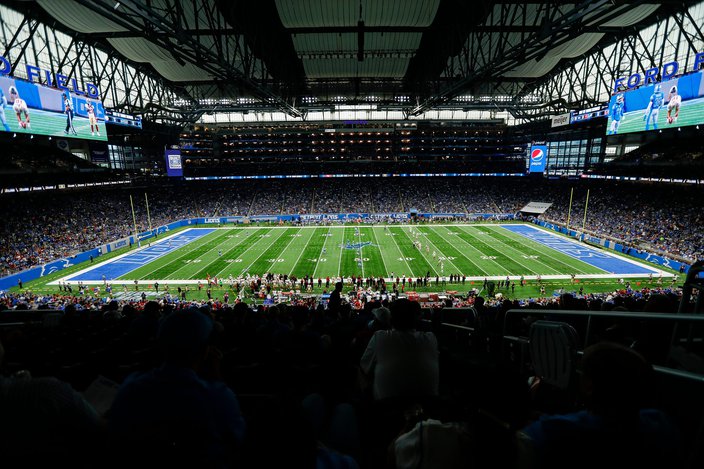 Ford Field opened in Detroit in 2002, replacing the former Silverdome, and underwent a massive $100 million renovation in 2017 that included new video boards and a revamped Corner Bar for fans to grab drinks.

The warm, sunny weather that Eagles fans enjoyed last weekend in Las Vegas won't be joining the Birds in Detroit. But fortunately, the game is taking place inside a dome. Rain showers are expected Friday and Saturday, but expected to clear by Sunday. Here's the forecast for the whole weekend:

FRIDAY: Showers, high near 58 degrees throughout the day; rain expected to continue into the evening, lows around 47.
SATURDAY: Cloudy with a 60% chance of showers, a high temperature near 54 during the day; mostly cloudy at night, lows around 44.
SUNDAY: Mostly sunny, with a high near 59 during the day; partly cloudy with a low around 40 at night.
MONDAY: Mostly sunny, with a highs near 52.

There are several sports bars within walking distance of Ford Field

It's a feat to find a "Eagles bar" in Detroit, but Birds fans looking for company may try linking up with members of The Green Legion, who will be tailgating at Harry's Detroit Bar & Grill, located about a half-mile from Ford Field, at 2482 Clifford St.

Eastern Market Brewing Co, which offers 15 craft brews, also is located within a short walk of the stadium, at 2515 Riopelle St. It might not be the most Birds-friendly spot in town, but it could be a nice spot to settle in before or after the game, no matter the final score.

There are tailgating options at and around the Lions stadium 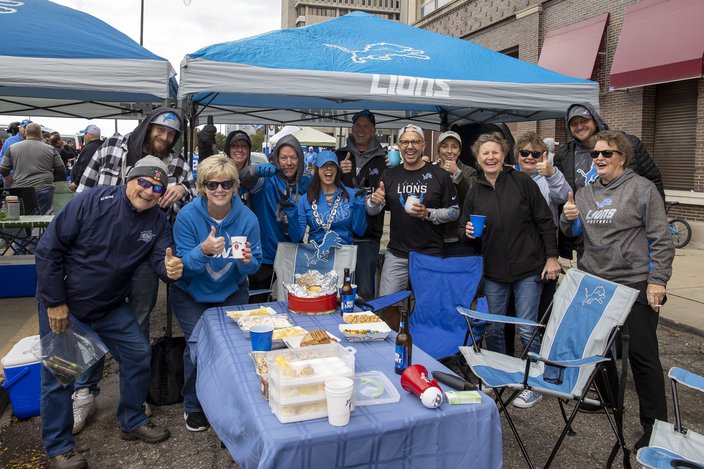 Lions fans pose for a picture while tailgating before an NFL game between the Detroit Lions and the Cincinnati Bengals at Ford Field on Oct. 17, 2021.

The Pride Plaza on Brush is the Lions' official tailgate at Ford Field, presented in partnership with Bud Light. The free event kicks off at 10:30 a.m. Sunday and is located on Brush Street, just next to the stadium. It features bars, beverage tents, music, food trucks and interactive games. Fans should note that alcoholic beverages purchased at Pride Plaza are not permitted outside the designated barriers.

The "Lions VIP Tailgate," a tailgating experience introduced this year, is held at the former Punch Bowl Social location just a short walk from the stadium on Broadway Street. Starting three hours before kickoff, the all-ages event has a live DJ and a menu of tailgate fare developed by nationally-recognized Detroit chef Kate Williams. Tickets to the event start at $85 per person, with combo packages available that include game tickets for out-of-town Eagles fans still thinking of attending.

The popular setup outside Eastern Market is absent from the Lions tailgating scene this year. It was canceled due to inadequate staffing. To make up for the lost space at the Eastern Market lots, Lions fans have been setting up tents and cooking food at alternative lots, but fans should be warned that parking for these makeshift tailgates is limited and can be pricey.

The most straightforward way to tailgate prior to Sunday's game will be attending the free event at Pride Plaza.

There is certainly no shortage of things to do in Detroit this Halloween weekend.

For people looking for a scare, The City Morgue at The Current Art Studio, located at 13023 Puritan Ave., includes 15 haunted rooms, a haunted maze and hot refreshments for purchase. The haunted house is open from 9 p.m. to midnight all weekend, with tickets starting at $12.50.

There is also a Halloween-themed bar crawl in the Greektown section of the city on Saturday, with tickets available for $30. Visitors who want to take part can register online and receive a bar map with instructions.