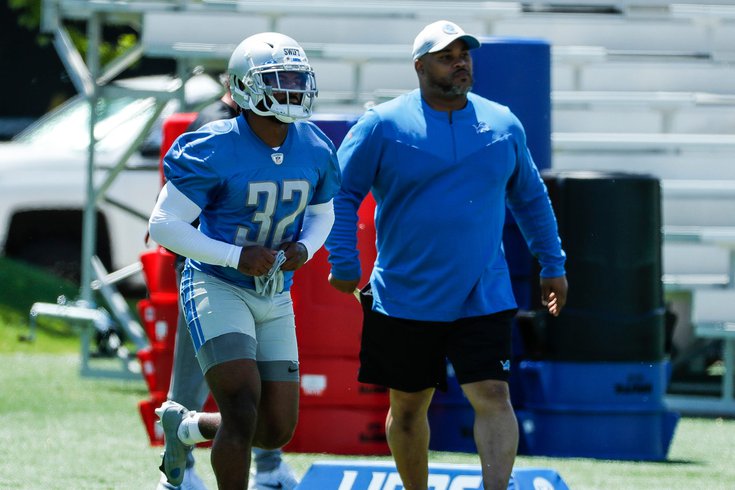 For the gambling enthusiasts, here are my Week 8 NFL picks. To note, the team logos indicate who I think will win the game, not cover the spread. At the end of the picks, I'll note a few teams that I like based on the spread — with all lines coming via Sidelines.io.

Packers at Cardinals (-6.5): As we mentioned in the NFC hierarchy this week, Davante Adams is dominating the Packers' target share this season.

Adams contracted COVID and won't play in this game, which is kind of a big deal.

Eagles (-3.5) at Lions: The Lions have lost some heartbreaking games this season.

• In Week 3, they were cheated out of a win against the Ravens, when a clear delay of game penalty was not called on Baltimore, opening the door for a 66-yard field goal attempt, which Justin Tucker made.

• In Week 5, they scored a late TD, and down one point they decided to go for two and the win, which they converted, only to watch as the Vikings drove 46 yards in 30 seconds for a 54-yard field goal attempt, which Greg Joseph made.

• In Week 7, the Rams held a six-point lead with about five minutes to play, and the Lions were in position to go up by one with a TD + PAT. They had 1st and 10 from the Rams' 12 yard line, but a Jalen Ramsey INT ended that threat.

Yes, the Lions are a bad football team. So are the Eagles. But at least the Lions seem to give maximum effort each week, while there have been some glimpses of Eagles players — notably Fletcher Cox — beginning to check out. I'll take the scrappy bad team over the lethargic bad team.

Dolphins at Bills (-13.5): With a Dolphins loss and a Lions win, the Dolphins' first-round pick — owned by the Eagles, of course — would likely move into the No. 1 overall slot.

Titans at Colts (-1.5): In Week 3, the Titans lost the turnover battle 0-3 to the Colts, but the Titans won comfortably anyway. Both teams head into this matchup riding winning streaks. The Colts beat a very, very bad Texans team, and then they beat the 49ers in a monsoon. The Titans, meanwhile, picked up huge wins over both 2020 AFC Championship Game participants in the Bills and Chiefs. Their 27-3 stomping of the Chiefs was particularly impressive.

When this Titans team gets hot, they tend to put big numbers on the scoreboard, so I'll ride them until they cool off.

Panthers at Falcons (-3): This Christian McCaffrey-less version of the Panthers is probably a bottom five NFL team. Sam Darnold is apparently just a bad quarterback, and not merely a product of a bad Jets franchise. I guess the Panthers thought they could get significantly more out of Darnold than what he showed in his first three years in NJ, because they thought they had a better staff/organization/culture/whatever? If so, they deserve the wretched season that lies in front of them because of that unearned bluster.

49ers (-4) at Bears: The Bears (rightfully) took the plunge and began starting Justin Fields over Andy Dalton, while the 49ers are sticking with crappy Jimmy Garoppolo for now over Trey Lance.

Neither team is getting good quarterback play, and Fields has certainly taken his lumps so far in his rookie season.

Yes, the Bears have had ugly losses, but why exactly are we pretending like this 49ers team is good? On what grounds should they be four-point favorites on the road with the way that their offense has played over their last three games?

Steelers at Browns (-3.5): Baker Mayfield should return for the Browns, though honestly, I don't know how much of an upgrade he'll be over Case Keenum if his left shoulder is still going to be bothering him. If I knew better how hurt Mayfield actually is and how uncomfortable he'll be during this game, I might be more willing to lay the 3.5 points over a flawed Steelers team, but it's easier to just pass.

Bengals (-10.5) at Jets: With Mike White starting at quarterback for the Jets, I like the Bengals as my survivor pool pick this week. Also, if you look ahead at the Bengals' schedule, their next five opponents are against the Browns, Raiders, Steelers, Chargers, and 49ers, and I wouldn't trust them as a survivor pick against any of those teams.

I do have two concerns:

Patri*ts at Chargers (-5): The Chargers took a beatdown against the Ravens Week 6. It happens. I'm comfortable enough with the rest of their body of work this season — wins over the Chiefs, Raiders, and Browns, for example — that we can reasonably guess that was a one-game aberration, and they will get right after their bye.

Jaguars at Seahawks (-3): Yeah, Geno Smith is the Seahawks' quarterback, but they still have way better players across the board than the Jaguars.

Football Team at Broncos (-3): The Broncos got out of the gate with a 3-0 record against the Giants, Jaguars, and Jets. They've lost four straight against real teams. Broncos (-3) might look like a bargain over this trash Washington team, but Denver might be just as bad. I wouldn't touch it.

Cowboys (-1.5) at Vikings: Both of these teams are coming off their bye weeks, and the week off was perfect timing for the Cowboys, as Dak Prescott would not have been able to go Week 7 if Dallas had a game, as he continues to recover from a calf strain suffered on the final play against the Patri*ts Week 6.

I guess there's some question whether Dak will be a go Week 8 against the Vikings, which I assume is why this line is only Cowboys (-1.5). I'll bet on Dak to play, because if you look around at the rest of the NFC, the Cowboys are going to want to keep pace with teams like the Cardinals, Rams, Packers, and Buccaneers for playoff seeding purposes. If Dak is borderline, he'll play, and if indeed he does play, Cowboys (-1.5) is a bargain.