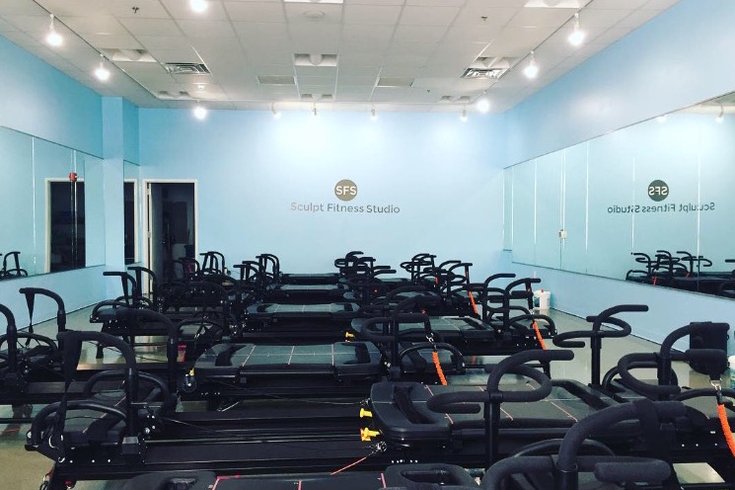 Tolar said she selected South Broad Street as a more central location for Sculpt Fitness Studio clients, as well as a way to draw new faces from Rittenhouse, Graduate Hospital and Queen Village. For June and July, Tolar is offering an unlimited monthly package of $200 with the promo code "777." At an introductory price, single classes are $30 each or $90 for a private session. A 30-minute "Megaformer 101" class, meant to show newbies the ropes, is free. 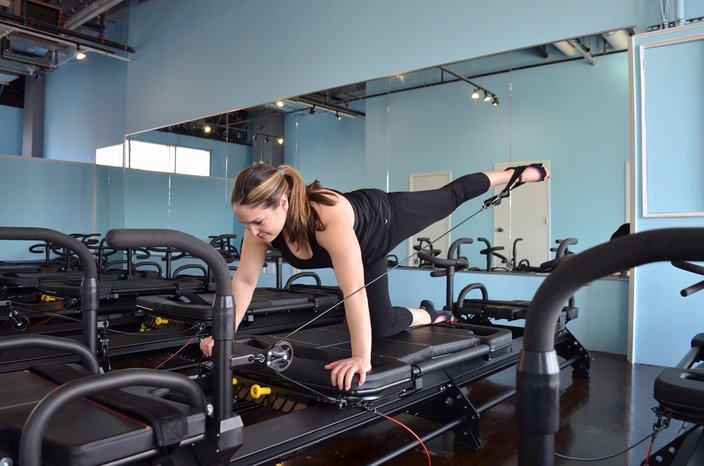 Owner and instructor Stephanie Tolar does a leg exercise using one of her studio's Megaformer workout machines.

For the uninitiated, the Megaformer is a Total Gym-like, full-body-workout machine created by French bodybuilder Sebastien Lagree. In September, we broke down five lessons from our first workout with the device, and whether it's right for you.