N.Y. Post: One of the best sandwiches in America made in Camden 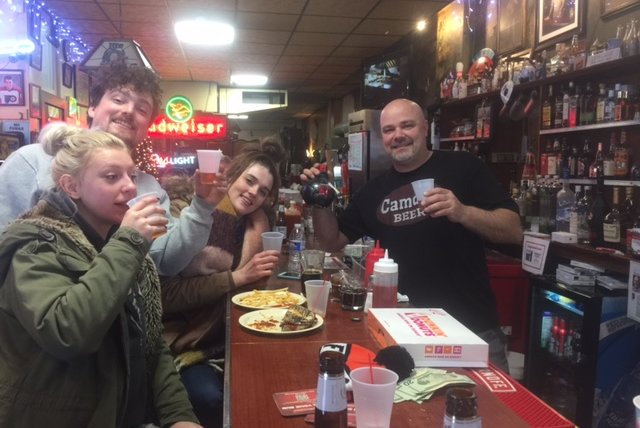 The New York Post lists Donkey's Place cheesesteak as on the the 15 best sandwiches in America.

Donkey’s Place, a hole-in-the wall place at 1223 Haddon Ave. in Camden – yes, Camden – makes one of the 15 best sandwiches in the country, according to a new ranking by New York Post.

The front of the house at the 70-year-old institution is a Formica-topped bar, mostly of the shot-and-beer variety.

But the heart-and-soul of the small joint is a modest flattop grill where onions by the mound sweat next to sizzling stacks of meat topped with melting white American cheese.

There’s no mistaking Donkey’s acclaimed cheesesteak for anyone else’s: the distinctive platform for their sandwich is a round Kaiser roll, studded with poppy seeds.

Long a secret-handshake sorta place in Camden’s Parkside neighborhood – the parking lot has room for maybe four cars and it closes at 4 p.m. – the notoriety of the place took a huge leap two years ago.

That’s when celebrity chef Anthony Bourdain proclaimed Donkey’s cheesesteak better than any cheesesteak made across the river in Philly.

Hands-on owner Rob Lucas, who was working the bar when PhillyVoice called him this week, said the new honor is “awesome.”

But no more awesome than the love Bourdain showered on Donkey’s $8 cheesesteak, he quickly added. 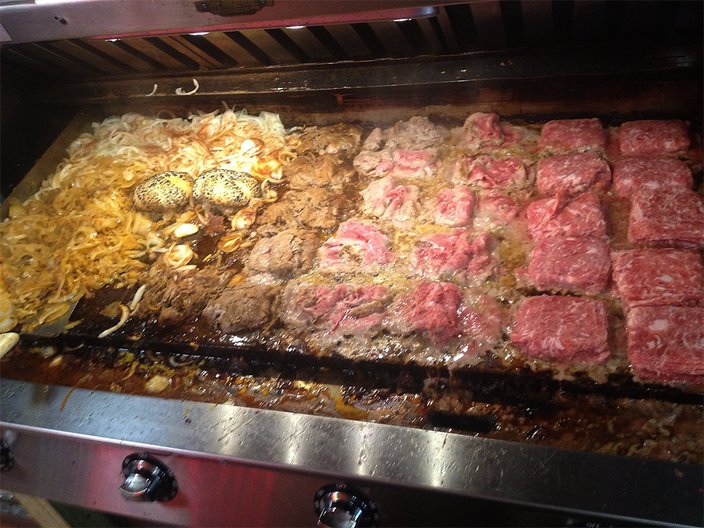 Cheesesteak sizzles on the flattop grill at Donkey's Place in Camden.

“Everything is different here, the roll and all the love that that goes into it,” he said of their product versus competitors cheesesteaks.

And while there is a certain timelessness to the place, Donkey’s newfound cachet has prompted the place to open up on the first Saturday of every month.

Donkey’s was a weekday-only place for the past 30 years, said Lucas, who took over the place from his father, Bob, who died two years ago. There is also at Donkey's Too outpost in South Jersey's Medford.

Also on the Post’s list of great American sandwiches is John’s Roast Pork, a culinary institution at 14 E. Snyder Ave. in South Philadephia. The roast pork sandwich there goes for $6.50.